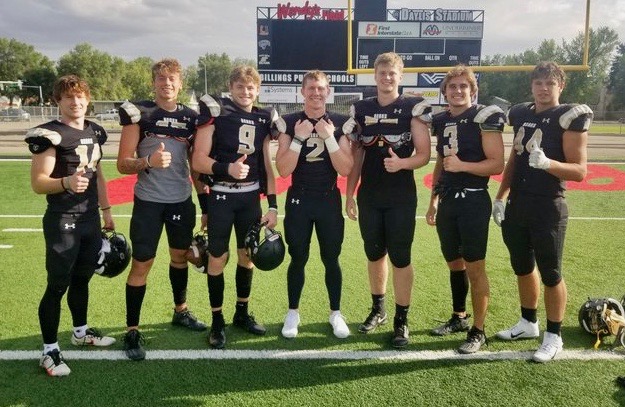 SBLive Montana is previewing the Top 10 high school football teams in the state ahead of the 2021 season. Here’s an inside look at the Billings West Golden Bears of the ‘AA’ East Region – No. 2 n our countdown.

Here’s a riddle: What do you get when you combine a little success, a lot of returning talent and a bit of a chip on the shoulder?

“We have a team that can contend,” Bears coach Rob Stanton said. “Whenever you get to those last four games (playoffs), it’s hard to win. Our goal is always to be in the mix.”

A year ago, this senior class advanced all the way to the state title game before dropping a 24-15 decision to Missoula Sentinel. Junior quarterback Isaiah Claunch was named a first-team all-state selection.

And they all have unfinished business.

“Particularly Taco,” Stanton said. “He hates to lose. A lot of these guys started as sophomores. Last year, they didn’t know how good they could be.”

Which leaves a stacked group of talent one more season to get their goals accomplished. If that weren’t enough of a chip, Claunch also constantly hears about another signal caller – Helena’s Kaden Huot – being hailed as the best quarterback in the state.

Claunch is pretty good, too.

“He does a lot of good things for us,” Stanton said. “He makes the right reads.”

And leads an offense that has one final step to take.

“It doesn’t matter how good you are,” Stanton said. “This group just loves football. They love to watch film. They are kids who are highly driven. We know we have a pretty special group.”