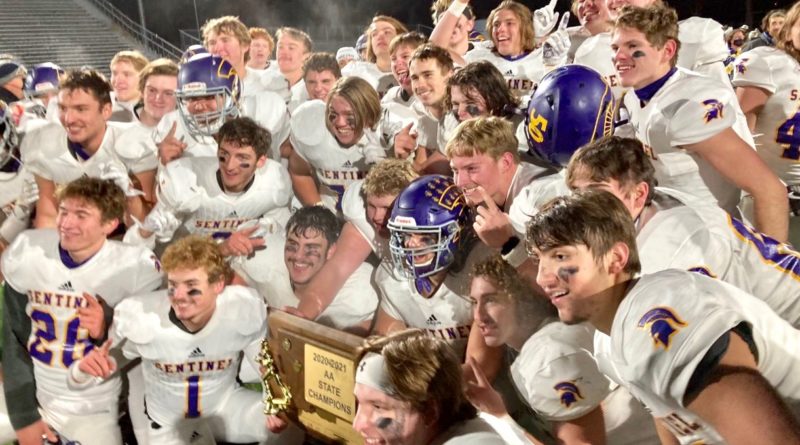 SBLive Montana is previewing the Top 10 high school football teams in the state ahead of the 2021 season. Here’s an inside look at the Missoula Sentinel Spartans of the ‘AA’ West Region – No. 1 in our countdown.

The old saying tends to be true – success really does breed success. For the Spartans, it becomes apparent with a quick scan of the practice field, where more kids are in pads and uniforms than ever before for the defending ‘AA’ champs.

“The numbers have really grown in our program,” coach Dane Oliver said. “What’s been our formula is that team-based approach.”

The approach doesn’t preclude high-performance individuals, of course. Sentinel has those, as well, including its all-everything guy on both sides of the ball – Zac Crews. So versatile that he was an all-state selection at both tight end and defensive end as a junior, Crews will return to the position where he began when he got to Sentinel – quarterback – for his senior season.

One of the 13 different players who caught a pass for the Spartans a year ago, Crews will now deliver the ball rather than receive it.

“He played some quarterback as a freshman and sophomore,” Oliver said. “Sometimes, you have to put your guy at quarterback. That way, we have him touch the ball on almost every snap.”

That same success propels the entire group forward in the added time on the field.

“I understand college coaches when they talk about making a bowl game,” Oliver said. “When you make the state championship game, there are a lot more practices. Those aren’t necessarily benefitting the seniors, but the younger guys.”

Winning a title also has another effect.

“The target is on our back,” Oliver said. “That’s a new experience for me as a head coach.”

It’s also a challenge the Spartans will approach in the only way Oliver knows how, as a team.

“There’s always a lot of hype,” Oliver said. “So let’s just focus on ourselves.”