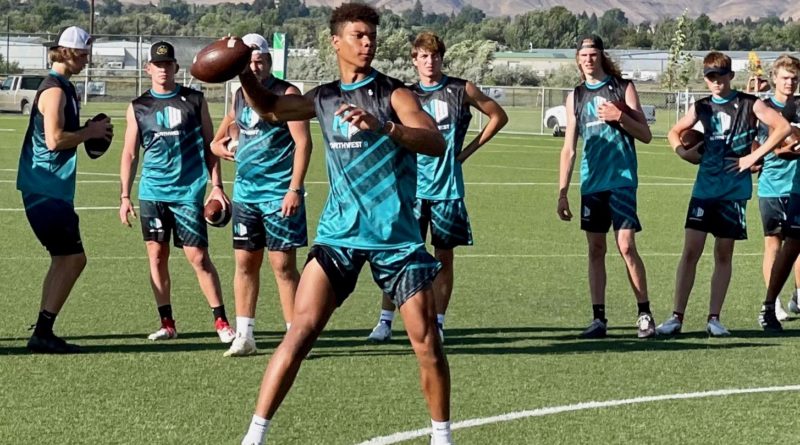 SBLive Montana is previewing the Top 10 high school football teams in the state ahead of the 2021 season. Here’s an inside look at the Great Falls Bison of the ‘AA’ East Region – No. 4 n our countdown.

The Bison appear to be in position to take a significant next step in 2021.

“It’s been a slow building process,” coach Mark Samson said. “Last year, we turned a corner – more mentally than anything.”

Athletically, Great Falls could be ready to catch up, starting with junior quarterback Reed Harris, who had coaches bubbling (many comments about having to “deal with” him the next two years) about him during his sophomore debut.

And earlier this month, he became the first quarterback from Montana to qualify for the Northwest 9 Showcase (drove himself to the three-day event), placing eighth in the “underclassmen” division.

Harris sees such promise in him, he’s love to just keep him solely running the offense. But he’s too versatile not to have him play defense – at outside linebacker or free safety.

“He is also a pretty good punter,” Samson said.

Harris has a new target to throw to on the outside this season in transfer receiver Garrett Stone, who arrived from Houston, Texas, after the fall season. At 6-foot-2, Stone provides a bigger target than the Bison have enjoyed in recent years.

“He could be as good or better than anyone we’ve had here,” Samson said.

“Everything points positively,” Samson said. “We’re stronger as a team than we’ve ever been. The kids are eager. And we start right off the bat with Helena, so we’ll see where we stand.”