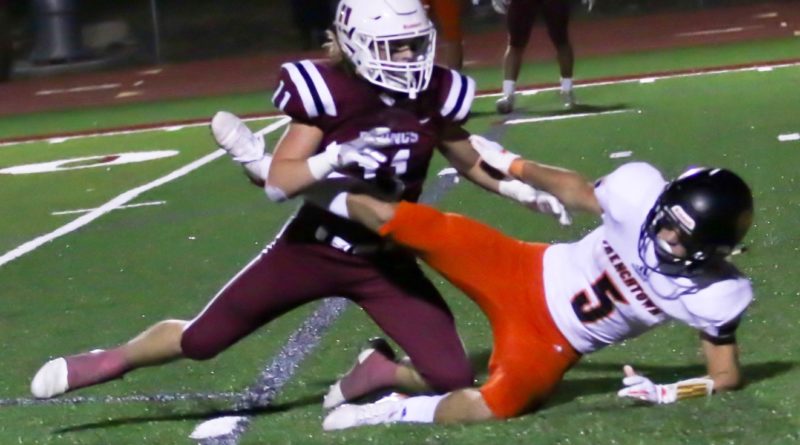 SBLive Montana is previewing the Top 10 high school football teams in the state ahead of the 2021 season. Here’s an inside look at the Hamilton Broncs of the ‘A’ West Region – No. 7 in our countdown.

Sure, there are some questions to answer. After all, the West’s top seed to the playoffs a year ago graduated its explosive running back tandem of Ben Tack and Ben Ronney, along with leading receiver Jaden Klemundt.

But the Broncs do enjoy the luxury of returning maybe the best all-around player in the ‘A’ ranks – Tyson Rostad.

A preseason all-state defensive back, Rostad also touches the ball on virtually every offensive play from his quarterback position. As a junior, he led the Broncs to the state semifinals, and engineered a comeback from two scores down to tie the game (21-21) against Laurel late before the Locomotives tallied the game-winning score late in the fourth quarter.

The man on the receiving end of the tying score was Liam O’Connell, another Hamilton returner. O’Connell also is a senior, and a factor defensively from his linebacker post.

Rostad took over the position from his brother, Carson, who was an all-state quarterback in 2019.

“I think playing both sides of the ball is really fun, and I just like to be able to be in charge and be that kid that makes players and makes other kids feel good and keep the positivity up and just keep going,” Rostad told a local reporter last season.