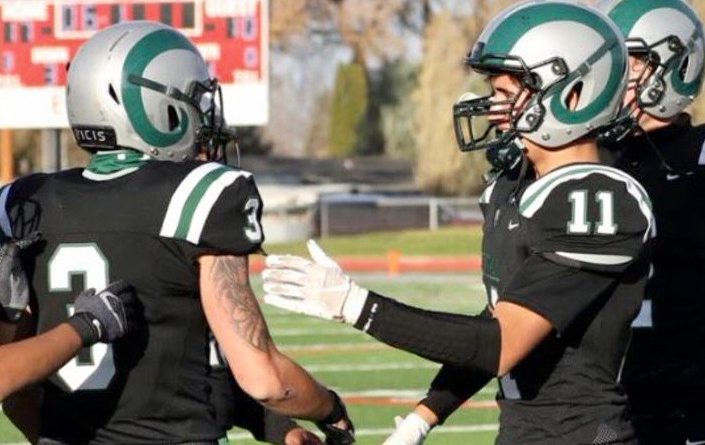 SBLive Montana is previewing the Top 10 high school football teams in the state ahead of the 2021 season. Here’s an inside look at the Billings Central Catholic Rams of the ‘A’ East Region – No. 9 in our countdown.

The Rams know what they want and like to do. Exactly how they get that done each is what can change.

But coach Jim Stanton knows that figuring out the unknowns is one of the challenges every season. When that season happens after a championship game run, with just two starters returning on each side of the ball, the list of those challenges grows.

“Obviously, we’re not going to lower the bar by any stretch,” Stanton said. “We’re going to run the ball. We’re going to eliminate the snaps on defense.”

Exactly how or even who will accomplish the feat in 2021 remains one of the mysteries to solve at the beginning of the season. Central comes off a summer of searching, and competing at camps with bigger schools such as crosstown power Billings West.

“Those (matchups) are good for our defense, especially,” Stanton said. “There is always growth.”

It comes down to identifying the participants that will give the Rams their best chance to continue the sustained success the program has enjoyed. Who, for instance, will be the runner or runners toting the ball and reducing the time the Central defense must spend on the field?

“We’re not sure,” Stanton said. “And that’s unusual for us. No one really has emerged yet.”

Best bet is that senior Max Studer and juniors Kade Boyd, Cam Brackenridge and Clay Oven are involved in some capacity with the offense.

Still, Central has won no fewer than seven games in any season for nearly the past two decades. The Rams have won three Class A titles, the most recent in 2018.

“We only have five or six seniors,” Stanton said. “There are a lot of unknowns. But we’re up for the challenge, as always.”