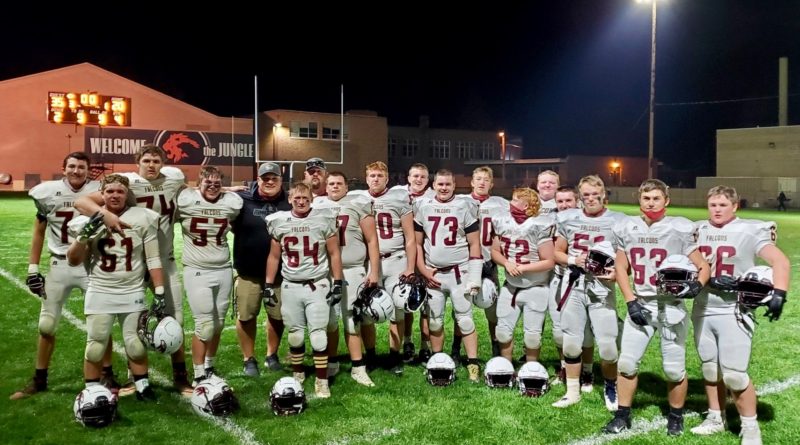 SBLive Montana is previewing the Top 10 high school football teams in the state ahead of the 2021 season. Here’s an inside look at the Florence-Carlton Falcons of the ‘B’ Western Region – No. 10 in our countdown.

Even without the returning talent, Pat Duchien would be optimistic about his 2021 Falcons.

“They’ve just worked their butts off since January,” Duchien said. “They do not want to let anything big pass them this year. They’ve just really bought into football.”

Coupled with a bevy of talent coming back from a state semifinal team a year ago, that work ethic has Florence-Carlton set up to be a title favorite in Class B this fall.

The talent starts up front, with big man Ethan Abbott anchoring the middle of the Falcons defense. At 6-4, 280, Abbott “really is a man among boys,” Duchien said.

But it doesn’t stop there.

“We’ve got six or seven kids who will play at the next level,” Duchien said.

Offensively, Florence-Carlton boasts athleticism all over the skill positions. Duchien’s son, also Pat, has followed in his father’s footsteps at quarterback. Duchien Sr. played the position collegiately at Linfield in Oregon and Montana Western.

The younger Pat, still just a junior at Florence, will play someplace after he graduates in 2023.

Pat Jr. has weapons to find – from tight end Luke Mackey (an Air Force Academy recruit) to his pair of running back mates in the backfield – Cade Taylor and Tristan Pyette.

It’s a group that already has shown they can compete with anyone this summer.

“We showed really well at the Montana State 7-on-7,” Duchien said. “We got to the championship game. We played right with one of the (AA) favorites, Helena, for much of the game.”