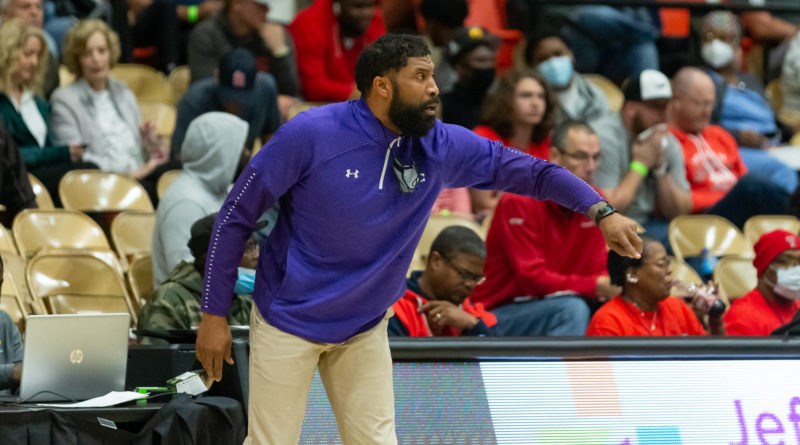 Liberty High School opens the 2021-22 SBLive Missouri boys basketball power rankings as the top team in the state. The Blue Jays have been on top of the Class Six list as voted on by the Missouri Basketball Coaches Association since the beginning of the season.

The Blue Jays’ latest victory during a 12-game win streak is a 66-61 win over Park Hill earlier this week.

The Wolverines opened the season with a 12-game winning streak before falling to Philadelphia Imhotep 51-47 at the Highland (Ill.) Shootout last weekend.

The Tigers have won their past four games by averaging 71 points per game.

The Liberators are coming off winning their first Blue and Gold championship since 2015 with a 67-50 win over Ozark to claim the Gold Division title.

The Falcons are averaging more than 70 points per game to start the season and have lost only to Webster Groves in early December.

The Statesmen won the Coaches vs. Cancer tournament with an 81-79 overtime win against DeSmet.

The Red Devils have played one of the toughest schedules in the state while defeating Metro Catholic Conference rival DeSmet 82-79 in their last outing.

The Cadets have won eight of their past nine games, including a 73-69 win over Chicago Kenwood in the Highland (Ill.) Shootout this past weekend.

The Falcons have won their past five games, including a 59-55 win over Father Tolton two weeks ago.

The Bobcats have rolled in the early season and defeated the top team in the MBCA Class Two poll, Norwood, 70-53 on Dec. 30.

The Spartans used a strong performance in the Coaches vs Cancer tournament to start the season 7-2. DeSmet bounced back after falling to Chaminade to defeat SLUH 74-85 earlier this week.

The Bulldogs have won their past five games after suffering a 56-55 loss to Helias in December.

Norwood’s only loss was to Class Three No. 1 Thayer in December.

After opening the season with a 12-game winning streak, the Irish have gone 2-2 with wins over Marshfield and Reeds Springs over the past two weeks.

The Wildcats’ only loss has come to DeSmet in the semifinals of the Coaches vs Cancer tournament.

The Lions have played a very tough schedule to open the season and are coming off a 54-47 come-from-behind win over Belleville East (Ill.) in the Highland Shootout this past weekend.

The Eagles have won five of their past six games and have split with bootheel rival  Charleston in the early season.

The Panthers have won their past six games after losing back-to-back games against Blair Oaks and Webster Groves.

The Panthers won the Park Hills Central Holiday tournament and have won six straight games since falling to Carnahan in late December.

The Blue Jays won the SE Missourian Christmas Tournament and have won their past eight games.

The Rams have won seven of their past eight contests and defeated Whitfield to claim the Don Maurer Holiday Classic in late December.

The Eagles head to the Bass Pro TOC riding a three-game winning streak which includes a third-place finish in the Blue and Gold Tournament.

The Panthers won their host tournament to start the season and claimed a win over Stanberry earlier in the year.

The Trailblazers have won four of their past five games, including a 68-43 win over Cardinal Ritter.

The Chiefs have won their past seven games and took home the Gold title in the Blue and Gold Tournament over the holiday break.