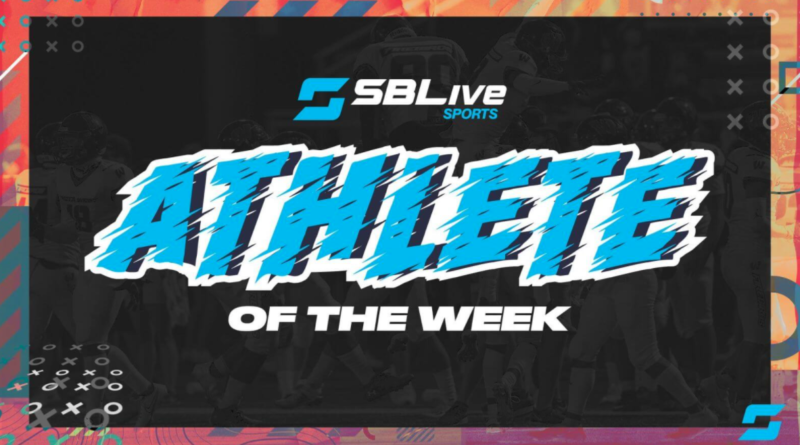 Here are the candidates for SBLive’s Missouri high school athlete of the week for Dec. 20-26. Read through the nominees and cast your vote. Voting will conclude Sunday at 11:59 p.m. If you would like to make a nomination in a future week, email nate@scorebooklive.com.

Mayer used three straight pins to claim first place in the 110-pound class at the Center Girls Western Missouri Tournament. She is now off to a 16-0 start to her senior season.

Osburn hit seven 3-pointers on his way to a 31-point performance during a 69-43 win over Garden City.

Cunio was willing to do it all during the Wildcats’ 60-37 win over Lafayette, scoring 13 points to go along with five rebounds and four steals.

Stoecklein is in his third year as the point guard of the Spoofhounds’ offense, and despite a 67-60 loss to Battle, the junior dropped a game-high 30 points.

Yount was two rebounds shy of a double-double during a 65-13 win over Affton, scoring 17 points and adding eight rebounds.

The Cardinals were able to nab a 65-56 win over the Lathrop Mules, and Ecker spearheaded things on the offensive end with 21 points.

Durbin scored 22 points to go along with seven rebounds, nine assists and five steals during a 60-39 win over Bourbon.

During a 70-61 win over St. Charles, Turnbull dropped a massive double-double with 34 points and 17 rebounds.

McCowan is establishing herself as one of the most dangerous threats in Missouri girls basketball, and she continued to show it with 23 points, 12 rebounds, eight assists and six steals during an 84-55 win over Bolivar.

Horry had 22 points, eight boards, five steals and four assists during a 62-51 win over Liberty.

Allen has been on a scoring spree, and that continued with a 32-point performance during a 71-67 win over Eldon.

Parkway Central squeaked by St. Mary’s with a 61-57 win, and Kokal played a key part in the triumph with 18 points and 11 rebounds.

Ladeu nabbed a 62-36 win over Parkway South last week, and Steinbach accounted for almost as many points as South’s entire team with 17 points and eight assists.

Kramer was the difference in the Bills’ 66-57 win over Chaminade, dropping 34 points and hitting 7-of-8 shots from the charity stripe.

Pettlon, a junior point guard, had 23 points during the Spoofhounds’ 65-20 win over Mound City.

Bell did everything for Parkway West during a 65-45 win over Francis Howell North, dropping 17 points to go along with six rebounds and five assists.

Despite a 93-88 loss to East Carter, Allen tried to keep Greenville afloat with a 37-point, four-rebound outing.

Popoola scored a game-high 19 points to go along with seven rebounds, four assists and four steals during a 60-49 win over Ritenour.

Etchason was prolific in a 52-23 win over rival Parkway Central, tallying a double-double with 16 points and 11 rebounds.

Whether it was scoring or rebounding, Walker lived around the rim during Eugene’s 69-51 win over Vienna. He had 23 points in addition to 23 rebounds.

Despite a 52-49 loss to Lafayette (St. Joseph), Karsten had a team-high 18 points and three steals.

Lucas and company snuck by Russellville with a 69-68 win, and he was a crucial part in that with 21 points, eight rebounds, six assists and four steals.

Dutel is off to a 4-1 start to her junior season, and she was able to win two matches in a row by fall en route to a first-place finish in the 105-pound weight class at the Center Girls Western Missouri Tournament.

Axtell dropped a game-high 18 points and added six rebounds during a 54-53 win over Hardin-Central.

Pauley had a monstrous double-double during a 53-43 win over Atlanta, scoring 38 points in addition to 25 rebounds.

Conrad dropped a double-double with 27 points and 13 rebounds during a 70-53 win over Chaffee.

Higbee got a massive, 68-10 win over Hale, and Welch was a key part in that with 25 points and eight steals.

Reed, also the quarterback of Pattonsburg’s football team, scored 21 points to go along with six steals despite a 70-54 loss to Gallatin.

Willis spearheaded the offensive operations during Mack Creek’s 58-51 win over Fordland, scoring 21 points and grabbing eight rebounds to go along with six steals.

During Billings’ 64-53 win over Lighthouse Christian, Plowman had 21 points and five rebounds.

Despite a 44-38 loss to Drexel, Hagerman had a double-double with 19 points and 10 rebounds.