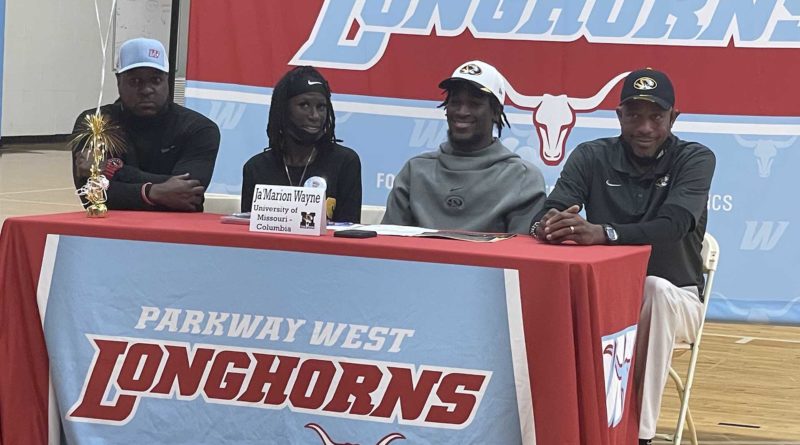 Senior wide receiver and return specialist Ja’Marion Wayne from Parkway West High School signed his letter of intent to attend the University of Missouri. He joins a recruiting class at Mizzou that is ranked as high as 13th in the country in many national lists.

Wayne had an outstanding career as a Longhorn with 5,216 total all-purpose yards while adding 258 tackles and 18 takeaways on defense. He scored a touchdown in 33 of the 37 games he played at Parkway West for a total of 354 points. Wayne is one of the few players to score in every facet of the game.

Wayne has earned All-Conference, All-District and All-State honors in his career and has been named the Suburban Conference Offensive Player of the Year the past three seasons.

“Most people get to see the man on the field who is a highlight waiting to happen every time he touches the ball,” Longhorns coach Jeff Duncan said. “But I think the best thing that I have witnessed over the past four years is the growth that he has had in the classroom, as a teammate and as a leader.”