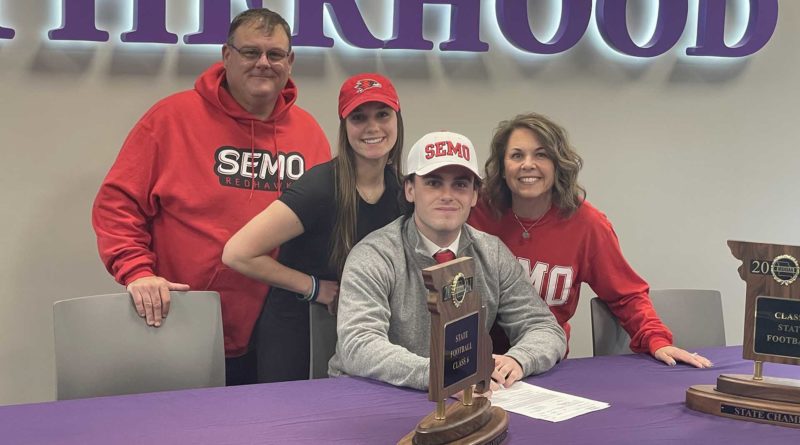 Senior quarterback Patrick Heitert from Christian Brothers College signed his letter of intent to attend Southeast Missouri State University on Wednesday morning. Heitert joins a long line of Cadets signal-callers in moving on to the next level.

Heitert led CBC to the Missouri State High School Activities Association Class Six state title this season with a 48-21 victory over Liberty North. He passed for 96 yards on seven completions and a pair of touchdown passes while adding 82 yards rushing to pace the Cadets attack in the championship game.

In his senior campaign at CBC, Heitert led the Cadets to a 13-1 record as he completed 63 percent of his passes for 2,974 yards and 22 touchdowns. He also accounted for 461 yards on the ground and 12 scoring runs.

Heitert was recently named the Class Six offensive player of the year by the Missouri Football Coaches Association and was named to the group’s Academic All-State list. As a student, Heitert is a member of the National Honor Society and is vice president of the Student Leadership Council.