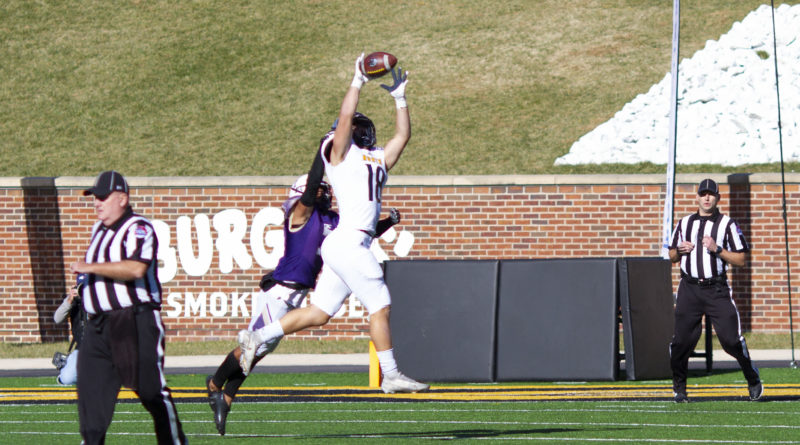 COLUMBIA — Defense wins championships. It’s probably one of the oldest and most overused clichés in the coaching handbook.

But on Saturday, in the MSHSAA Class 6 Show-Me Bowl at the University of Missouri’s Faurot Field, nothing proved to be more true.

Although the Christian Brothers College offense stole the show most of the season — and for good reason considering the Cadets scored 663 points (47.4 per game) — it was a ball-hawking defense that commanded the spotlight in the most important contest of the season: a convincing 48-21 victory against Liberty North.

“Our defense came out early and got us some great turnovers, got us great field position,” CBC head coach Scott Pingel said. “Every time we got a short field, we converted. We always talk about defense wins championships.”

Not to shortchange the rest of CBC’s top-notch club, but it certainly was the single-biggest reason why the Cadets claimed their fourth state championship since 2014 and third in the past five years.

This most recent state championship game can be summed up in one word: turnovers. Well, actually six of them to be exact.

That’s right. The Cadets forced a half dozen turnovers (three interceptions and three fumbles) from a Liberty North team that really valued possession of the football this year.

Just how well did the Eagles protect the ball? They committed a grand total of seven turnovers in 12 games before the cascade of miscues in the state title game.

Credit the Cadets, specifically an incredibly athletic defensive front that gave Liberty North fits all day. And perhaps most impressively, it was a total team effort as six different CBC players accounted for one turnover each.

Christian Brothers scored a whopping 31 points off all those turnovers, a number no team can overcome. Two of the touchdowns were scored by the defense itself.

The first one, and perhaps the biggest play of the game, came midway through the second quarter when senior cornerback Justus Johnson returned an interception 55 yards for a pick-six that gave the Cadets a 21-7 advantage, which separated the teams for good.

The second defensive touchdown came on the first play from scrimmage after halftime. The ball popped loose in the middle of the field and landed in the waiting arms of junior linebacker Michael Teason, who ran 37 yards untouched for a scoop-and-score that made the score 38-7.

A pair of defensive linemen made the other two interceptions on plays that looked like instant replays as they deflected the ball at the line of scrimmage and pulled it out of the air.

Kendall Huston, a 6-2, 190-pound senior defensive end, opened the floodgates on Liberty North’s second possession of the game. Tyler Gant, a 6-4, 270-pound junior defensive tackle nabbed the other late in the first half.

It was one of the most dominant defensive performances in state championship history. It was also the reason Christian Brothers College finished the season as Missouri’s best team.