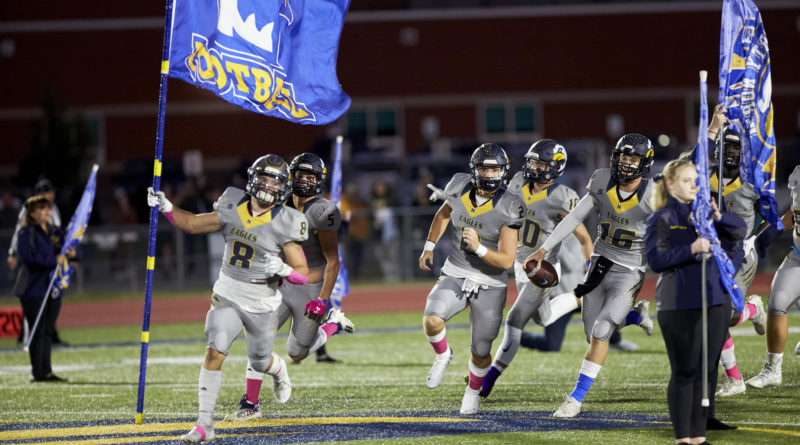 The two teams that have been at the top of the Missouri High School Media Poll will decide who will be the last team standing as Christian Brothers College takes on Liberty North in the Missouri High School Activities Association in the 2021 Class Six Football Championship Saturday afternoon at Faurot Field on the campus of the University of Missouri.

CBC enters the title contest with a high-powered offense that is averaging 49 points a game. The Cadets’ lone loss of the year came to East St. Louis (Ill.) in the season opener 48-44. The Flyers are playing in the Illinois High School Association Class 6A Championship game this weekend. Patrick Heitert paces the CBC attack with 3,148 yards passing and 21 touchdowns. He also has added 399 yards on the ground with another 15 rushing touchdowns.

“Patrick is a dual-threat guy that has really runs the offense extremely well,” CBC head coach Scott Pingel said. “His decision making and how he has the rhythm and timing of our offense is very impressive.”

Heitert is not the only option for the Cadets as Jeremiah Love, Ralph Dixson, and Dylan Van have all scored 12 rushing touchdowns on the season. Jeremiah McClellan is Heitert’s favorite target on the edge as he caught 47 passes for 1,113 yards and nine scores.

The CBC defense is led by Kyan Franklin with 86.5 tackles on the year while Lucas McAllister also has 86.5 stops with a pair of interceptions from his free safety position.

“McAllister really solidifies the backend of our defense,” said Pingel. “He can do so many things for us and we have needed him to do different things for us all season.”

Liberty North also lost their first game of the season to Arkansas powerhouse Bentonville 43-30 on the road. The Tigers ended their season in the Arkansas Class 7A playoff quarterfinals. The Eagles enter the title game averaging 36 points a game while their defense has allowed 16 points this season. Quarterback Sam Van Dyne is the leader of the offense with 2,036 yards through the air and 20 touchdown passes.

“Sam has grown into our system as he played in four games last year as a sophomore,”  Liberty North head coach Greg Jones said. “He has such a strong arm and quick release and stays very level headed on the field. He is one of the best that I have ever coached.”

Running back Cayden Arzola is the leading ground gainer for the Eagles with 1,181 yards and 17 touchdowns on the year. Micah Barnett is also another option for Liberty North with 879 yards rushing and eight touchdowns. Justis Braden paces an even balanced passing attack with 39 receptions for 669 yards and five scores.

The Eagles are a very young group on the defensive side of the ball with Melvin Laster as a playmaker on defense with 70 tackles and eight sacks with Trey Snyder adding leadership from his safety position.

“We look to play like a fist, we are always together on the field,” said Jones about his defense.