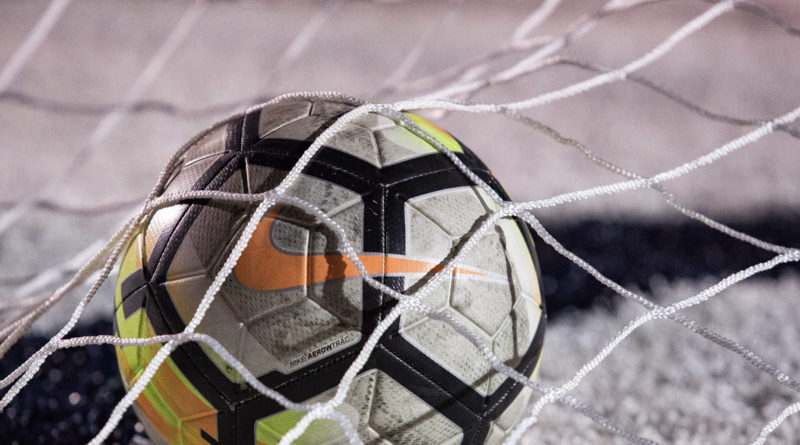 The Missouri prep soccer season ended last weekend with its state championships at the World Wide Technology Soccer Park. Below are recaps for each class.

Lutheran St. Charles high School made the most of its first appearance in the 2021 Missouri High School Activities Association Boy’s Class One Soccer Championship by defeating St. Pius X (Festus) 3-0 in the title game. This is the first soccer state title in school history for the Cougars.

The Cougars (22-5-1) opened the scoring in the 21st minute of the first half as Cuimm Lutrz ripped a free kick from just outside the box into the right side of the goal to put Lutheran St. Charles ahead 1-0.

Samuel Magueja scored the first of his two goals in the 49th minute as he released down the middle of the field and beat a pair of Lancer defenders with a blast from 17 yards out to put the Cougars on top 2-0.

Magueja sealed the deal in the 67th minute with a shot from 16 yards out into the lower left corner of the goal to push the Lutheran St. Charles advantage to 3-0.

St. Pius X (18-7) had a few opportunities in the latter stages of the contest to crack the score board, but Cougars goalkeeper Caleb Engelhardt made five saves to earn the shutout.

Nolan Schulte scored twice in the first half en route to a three-goal performance to lead Whitfield to a 4-2 victory over Perryville in the Missouri State High School Activities Association Class Two soccer Championship. This is the eighth state soccer title for the Warriors in school history.

Schulte opened the scoring for the Warriors (19-5) in the fifth minute as he grabbed a centering pass from Micah Norman and found the upper right corner of the goal to put Whitfield on top 1-0. The Pirates (23-4) answered in the 19th minute Bryce Brewer put away a deflection from 15 yards out to even the match at 1-1. Shulte put the Warriors back on top 38 seconds later as he slotted a rebound from three yards out past the Pirate goalkeeper to make the score 2-1.

Perryville got out to a fast start in the second half as Andrew Welk tied the match again in the 46th minute as he headed home a corner kick from four yards out to even things at 2-2. Shulte put Whitfield ahead for good in the 54th minute as he took a centering pass from James Milgie and found the right side of the goal to give the Warriors a 3-2 advantage. Kaeden Anderson added an insurance goal in the 59th minute with another header from eight yards out to put Whitfield on top 4-2.

Jude Watkins-Wedel earned the win in goal for the Warriors with one save while Schulte paced the Whitfield attack with six shots.

After falling behind midway through the first half, Ft. Zumwalt South scored a pair of second-half goals to defeat Ladue 2-1 and claim the 2021 Missouri State High School Activities Association Class Three State Championship. It was the third state title for the Bulldogs in the past four years.

Grant Gorman put Ladue (23-7-1) on the scoreboard first in the 27th minute as he took a pass from Dailyn Tate and placed a header into the upper right corner of the goal to give the Rams a 1-0 lead.

Ft. Zumwalt South (25-3) evened the match in the 53rd minute as Karson Gibbs collected a pass from Ryley Gibbs and found the back of the net from seven yards out to tie the contest at 1-1.

The Bulldogs took the lead in the 71st minute as Ladue was called for a foul in the box and Ryan Harvatin ripped a penalty shot into the lower left corner of the goal to give Ft. Zumwalt South a 2-1 advantage.

Luke Dillon earned the win for the Bulldogs with three saves on the day while Gibbs paced the Ft. Zumwalt attack with three shots.

Strong second half pushes Rockhurst to the Class Four championship

After the two teams played to a scoreless tie after the first 40 minutes, the Hawklets (24-2) cracked the scoreboard in the 61st minute as Noah Higbie drilled a centering pass from Joshua Pileggi into the right side of the goal to give Rockhurst a 1-0 lead. Luke Stephenson extended the lead six minutes later as to put a header off a rebound from five yards out to put the Hawklets on top 2-0. Higbie and Patrick Franke were credited with assists on the goal.

The Rockhurst  defense was outstanding in keeping the high-powered Jackson (19-8-2) offense at bay by limiting the Indians to only three shots in the contest. Simon Gasner led the Rockhurst offense with six shots on the evening.