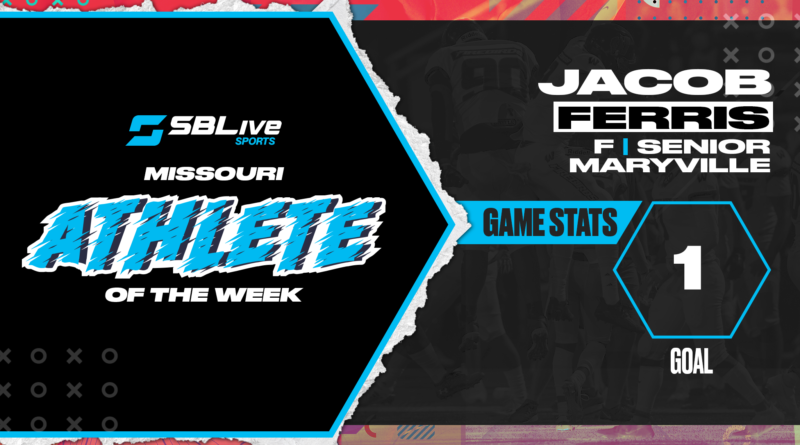 The senior forward scored the only goal during the Spoofhounds’ 1-0 win over previously undefeated Smithton Nov. 13.

Ferris ran away with this week’s honor, receiving 91.69% of the total vote.

Despite a 38-37 season-ending loss to Grain Valley, the running back carried the ball 30 times for 220 yards rushing and four touchdowns.

Dorian had a season-high 10 tackles during the Warriors’ 31-6 win over conference foe Chillicothe for the Class 3 District 8 title.

Mosh, a senior quarterback, completed 9-of-14 passes for 180 yards and two touchdowns during the Warriors’ 31-6 win over Midland Empire Conference opponent Chillicothe in the Class 3 District 8 title game.

The senior quarterback was crucial toward the Broncos fending off Joplin in the Class 6 District 3 title game, completing 11-of-17 passes for 217 yards and two touchdowns. He added a touchdown with his legs as well.

Arzola wreaked havoc during the Eagles’ 34-14 win over Park Hill South in the Class 6 District 4 title game, carrying the ball 22 times for 164 yards rushing and a touchdown.

The wideout caught the Eagles’ only two touchdown passes during their 38-37 win over Raytown. He found the end zone twice on four catches for 93 yards.

The senior running back was able to gash the middle of the defense during a 31-7 win over Pieper last week, rushing for 136 yards and two touchdowns on 14 carries.

Richmond had one of the biggest wins of last weekend, capturing a 70-14 win over St. Michael the Archangel, and Elliot was a massive part in that. He turned six carries into 209 yards rushing and four touchdowns. He was also 3-of-9 for 63 yards passing and a score.

The senior had two record-setting, first-place times in the 100-yard butterfly and 100 backstroke, respectively, at the Class 2 Championships Nov. 13 in St. Peters, Missouri.

Marchi was unstoppable during the Indians’ 52-14 win over Seckman, throwing for 264 yards passing and six touchdowns.

Wilson was a key part in Webb City avenging a loss to Carthage from earlier in the season, using last week to win the rematch 28-21 with a performance that included 157 yards rushing and a touchdown.

The running back rushed for 216 yards and two touchdowns en route to Thayer beating Marionville 24-0 in the final round of districts.

Friedman, a junior goalkeeper, aided Ladue toward an unblemished 2-0 win over Mehlville Nov. 13 in the Class 3 quarterfinals, getting a game-high seven saves.

Lamar is on the right track toward the Class 2 title game, and Beshore is a massive part as to why. The quarterback ran for 194 yards and two touchdowns during a 35-7 win over Fair Grove. He had a passing touchdown, too.

Brown is one of the premier quarterbacks in Missouri, and he’s trying to make sure his farewell campaign ends on the right note. He threw for 165 yards and two touchdowns to go along with 64 yards rushing and a score during Holt’s 34-6 win over Helias.

CBC was able to advance with a 42-21 win over SLUH last week, and Heitert used 196 yards passing and three touchdowns to keep their season alive.

Despite a 52-14 loss to Class 5 favorite Jackson, the junior quarterback ran for 169 yards and a touchdown in the season-ending defeat.

Hedgecorth, a junior quarterback, used 123 yards passing and two touchdowns to lead the Warriors to a 52-14 win over Excelsior Springs. He also had a rushing touchdown.

Gibbs was the difference between the season being over or continuing, hitting a go-ahead goal in the 63rd minute to give Zumwalt South a 2-1 win over Rockwood Summit Nov. 13.