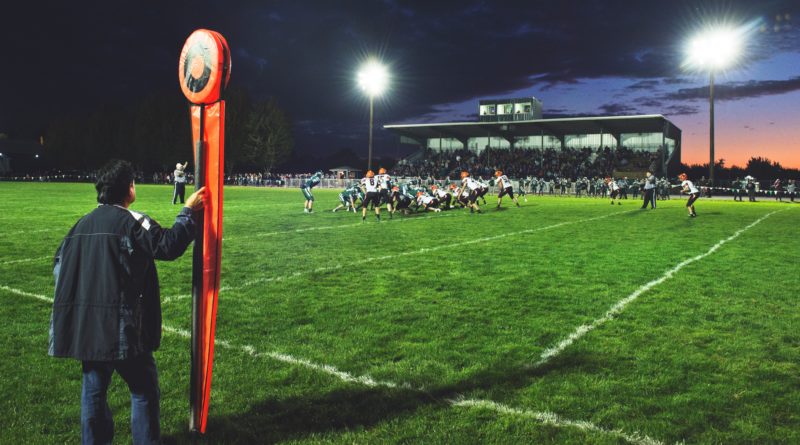 Coming off the program’s first district championship in three years, the Cadets have reached the Class 6 semifinals and are two wins from matching their state championship season in 2018. CBC will play at home this week against No. 4 Lee’s Summit North in a game that features two high-powered offenses.

The Indians’ Class 5 quarterfinal game against No. 19 Rockwood Summit this week has all the makings of a classic matchup of strength against strength. Jackson has scored 537 points (49 per game) this season. Summit has allowed a grand total of 44, and only one team has scored double figures.

Call the Eagles road warriors. They have played all of their biggest games away from home: Week 2 at Raymore-Peculiar, Week 5 at Lee’s Summit North and Week 12 at Park Hill South. Liberty North will have to do it once more – this time 225 miles away at No. 14 Troy Buchanan in the Class 6 semis.

Although the Broncos’ offense has stolen the show most of the year, their defense has quietly come on strong down in the second half of the season. Lee’s Summit North recorded its fifth shutout of the campaign last week against Joplin and has surrendered only 34 points in the last five games.

For the third time in four years, the Warriors have advanced to the Class 4 playoffs. That experience could be the single biggest difference in their quarterfinals game against Lincoln College Prep. The Blue Tigers just won their first district title since 1999.

In last week’s district championship game, the Indians drilled ranked Helias Catholic, 34-6, and take into consideration that was their closest game since early October. Holt enters this week’s Class 5 quarterfinal as a big favorite against Chaminade College Prep.

After cruising to a 42-6 district title victory against Parkway North, in a game they led 42-0 at halftime, the Rams continue to chug right along. MICDS has gone 18-1 in the last 19 games – the only loss coming in last year’s Class 4 state championship game.

The Spartans’ season ended in the district semifinals against top-ranked Christian Brothers. De Smet suffered two losses against CBC this year, and the other was against Illinois powerhouse East St. Louis.

Check out these crazy numbers. Hannibal has scored 569 points this season, 52 per game. West Plains has scored 538 points this year, 49 per contest. Hopefully the scoreboard doesn’t blow out when these two hook up in the Class 4 quarterfinals this week.

Don’t look now, but the Zizzers might be playing the best football in the state heading into the playoffs. Since suffering a midseason loss, West Plains has completely dominated in their past five games by outscoring the opposition by a combined 268-26.

In perhaps the biggest shocker of district championship week, the Dragons dismantled Valle Catholic, 55-7, in a Top-25 clash of Class 3 teams. St. Mary’s (St. Louis) has outscored its opponents 162-20 in the past three games.

The Tigers put together one of the most impressive regular seasons in the state, but they will not be part of the Class 5 playoffs. Carthage suffered a 28-21 upset against rival Webb City, a team it beat by four touchdowns earlier in the season.

A small-class juggernaut, Lamar has won eight state championships in the past 10 years. The Tigers’ quest for No. 9 in 11 years begins this week with a Class 2 quarterfinal game against undefeated Ava.

Thanks to one of the most exciting district championship finishes in Missouri – defeating Francis Howell on the final play of the game -– the Trojans are the biggest movers in this week’s top 25, rising eight spots from last week.

Last year, Lebanon suffered a season-ending loss against Webb City. The Yellowjackets have a chance for revenge as they will meet the same Cardinals in the Class 5 quarterfinals for the second year in a row.

The season came to end for the Panthers with a district championship game loss. However, there is no shame in losing to a stout Liberty North team, and Park Hill South will not move in the rankings.

In heartbreaking fashion, the Vikings saw their season end on the final play of the district championship game against Troy Buchanan, a team they defeated in the regular season. Francis Howell’s other loss this season came against Holt.

The high-flying Eagle offense that averaged 40 points per game in the regular season disappeared in the postseason. Joplin scored only 48 points in three district games, including zero against Lee’s Summit North in the final.

A six-year playoff drought for Rockwood Summit ended with a district championship victory against Eureka last week. Now the Falcons get their biggest test of the year against No. 2 Jackson.

Welcome back to the poll. It has not been a typical Webb City season, suffering three regular-season losses. However, the Cards defeated powerful Carthage to secure their 22nd consecutive district championship.

The Panthers put together a solid season where their only losses came against highly ranked No. 3 Liberty North and No. 4 Lee’s Summit North (twice).

In dominant fashion, the Warriors won 10 games this season, each by at least 34 points. However, the tables were turned on them in a blowout loss to St. Mary’s (St. Louis) in the district final.

During the season, the Crusaders went on a nine-game winning streak. They lost to two ranked teams: Hannibal in the season opener and Holt in the district championship game.

This marks the second time the Warriors have visited the Top 25 this year. Winners of 22 of their past 24 games, the only loss for Class 3 St. Pius X (Kansas City) was to out-of-state St. James Academy (Kan.)