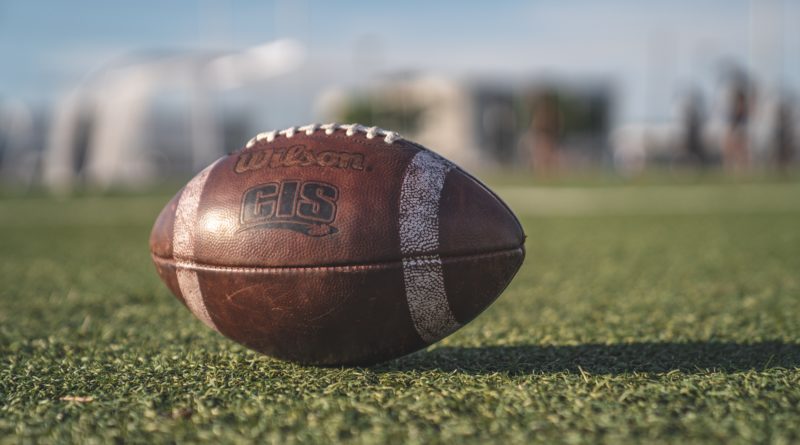 According to the CBC records, the Cadets have now defeated SLUH 20 consecutive times. Win No. 20 came in dominating fashion in the Class 6 District 1 title game as CBC led 21-0 at the end of the first quarter and 35-7 at halftime. Heitert tossed three touchdown passes to three different receivers, and Dylan Van rushed for two scores.

Tate McGuire caught only two passes in the game but both went for touchdowns in the third quarter as the Eagles opened a commanding 24-7 lead in the Class 6 District 4 final. But the real story was the Liberty North defense that held previously undefeated Park Hill South to a mere 15 rushing yards on 32 attempts and 1-for-17 on third-down conversions.

Tre Baker accounted for the only three touchdowns of the game, passing for two scores and rushing for one. Baker threw for 217 yards, and most of it went Devin Blayney, who caught six passes for 149 yards and a touchdown. The Broncos’ defense did the rest of the work, shutting out a Joplin team that scored at least 21 points in every game this season.

Back in September, Carthage beat Webb City by four touchdowns. It was a completely different story in the Class 5 District 6 championship. The Tigers jumped out to a 14-0 lead but couldn’t hold on as the Cardinals scored the game-winning touchdown in the final minute of the fourth quarter and captured their 22nd district title in a row.

Make it back-to-back district championships for the Warriors after a dominant performance in the Class 4 District 8 title game. Smithville completely dominated in every aspect of the game. Quarterback Andrew Hedgecorth completed 6-of-7 passes for 123 yards and two touchdowns, while five different Warriors rushed for one touchdown each.

Kyle Wuebbeling shouldered the load in the Class 5 District 4 final by rushing for a career-high 260 yards and two touchdowns on 37 carries, as the Indians captured their first district title since 2011. Holt piled up nearly 500 yards of offense (334 on the ground) against a red-hot Helias team that had won nine games in a row.

Scoring all 42 points in the first half of the Class 4 District 3 title game, the Rams captured back-to-back district crowns and their 15th all-time. Reagan Andrew passed for two touchdowns and 160 yards and ran for another score in the first quarter when MICDS raced out to a 21-0 lead, and Steven Hall rushed for three touchdowns in the second quarter.

For the third consecutive year, the Vikings fell in a district final, but this one was the most heartbreaking. Leading 21-17, the Francis Howell defense allowed a touchdown on the final play of the game with no time left on the clock in the Class 6 District final. The Vikings defeated Troy, 41-38, with a last-second touchdown during the regular season.

An Eagle team that averaged better than 37 points per game could muster nothing against Lee’s Summit North in the Class 6 District 3 championship game. Joplin gained all of 139 yards of total offense and committed four turnovers in the season-ending defeat. Star quarterback Always Wright completed only 5-of-14 passes for 68 yards with two interceptions.

The Zizzers failed to score 50 points for the fifth consecutive game, but not by much. West Plains continued one of the most dominant stretches of football in the state this season by dismantling a McDonald County team that posted a program record 10 wins this season. This marks the Zizzers’ third district championship in the past four years.

The Class 2 District 4 championship game featured possibly the top two Class 2 teams in Missouri. If that was the case, Lamar could be in line to capture yet another state title. The Tigers scored the final 28 points of the game after it was 7-7 at half, and now they have a 5-0 all-time record against Fair Grove with all five victories coming in the postseason.

It wasn’t supposed to be this easy in what was considered the defacto Class 3 state title game. Quarterback Caron Spann had a perfect night, completing 12-of-12 passes for 361 yards and six touchdowns. Kevin Coleman, one of the top receivers in the state, caught four passes for 167 yards and two touchdowns, while Chase Hendricks hauled in five catches for 181 yards and four scores.

One of the most successful seasons in Park Hill South program history fell one win shy of a district championship. The Panthers’ defense kept them in the game for a half, but Liberty North took over after the intermission. Nathan Ricco tossed a pair of touchdown passes to Stanford commit Mudia Reuben for South’s final scores of a memorable 2021 campaign.

For the fourth time in five seasons, the Yellowjackets can call themselves district champions. Back in September, Lebanon needed a late field goal to defeat Glendale 31-28, but the rematch was not nearly as close as the Jackets piled up 320 rushing yards in the first half to open up a 42-14 halftime lead.

For the season, the Warriors had outscored their opponents 54-11, but it was a total reversal of fortunes in the Class 3 District 2 championship game. Valle Catholic had no answer for powerful St. Mary’s on either side of the football. Star running back Bryce Giesler mustered only 31 yards on 13 carries in the game.

During a nine-game win streak, the Crusaders had held seven opponents to single digits in the scoring column, but they had no answers for a Holt team that ran up and down the field all night long. The offense didn’t fair much better as Helias mustered only 89 total yards in the first half.

As expected, the Class 5 District 2 championship turned out to be the closest game of the season to-date for the Falcons. Rockwood Summit led 10-0 before its defense surrendered its first points against in nearly a month (since Oct. 15 to be exact). Dareonte Turman’s 7-yard touchdown run proved to be the game winner.

Despite finishing with more yards of total offense, the Pirates could not overcome four costly turnovers. Platte County jumped out to a 14-0 lead in the first quarter, but Fort Osage went on to score 19 unanswered points to flip the game around. A 25-yard field goal by Xander Shepherd with seven minutes left in the game was the difference.

On 4th-and-7, Nathan Ryan hauled in a 9-yard touchdown pass from Charos Sutton as time expired, lifting the Trojans to a walk-off-win in the Class 6 District 2 championship game. Ryan finished with nine catches for 163 yards and two touchdowns. Troy Buchanan scored 17 unanswered points in the first half to grab a 17-14 lead at halftime.

SLUH’s Cinderella run came to an end in the Class 6 District 1 title game. The No. 6 seed in the district, the Junior Billikins pulled off upsets in the first two rounds of district play. SLUH suffered two losses to CBC this season – this second one much closer than the first (59-27 back in September).