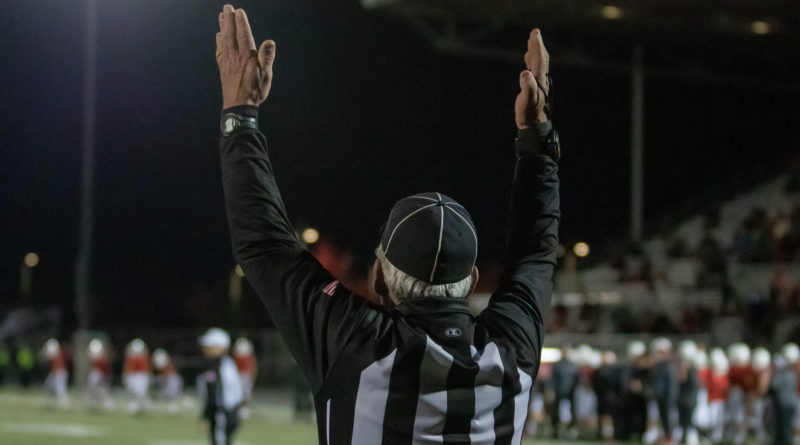 Heading to district championship week, only one Class 6 team in the state of Missouri stands undefeated. Here’s the chance to meet Park Hill South — the lone Show-Me State team without a loss this season that no one knows about.

How did the Panthers get here? Before the season started, Park Hill South expected to be playing at the Class 5 level, which was evident by the fact the program put together a regular-season schedule filled with Class 5 opponents. On the eve of the 2021 campaign, the Panthers discovered they would compete in the higher Class 6 division come playoff time.

As expected, South (11-0 overall record) rolled through the fall, rising all the way to No. 16 in the SBLive’s Missouri Top 25 behind third-year coach Alan Wilmes. In fact, they weren’t even really tested until the final third of the regular season where they held off North Kansas City 7-0 in Week 7, needed overtime to pull out a 34-27 victory against Lee’s Summit, and played St. Joseph Central even for a half until eventually pulling away 51-27 in Week 9.

Maybe doubt started to creep in? But since the start of the postseason, Park Hill South has answered those doubts in resounding fashion by handling Blue Springs South 28-6 and rival Park Hill 35-7 in the team’s first two Class 6 tests.

Now the Panthers, the No. 1 seed in the Class 6 District 4 tournament, will have the chance to prove their worth as they take on second-seeded and highly regarded Liberty North (9-1 and ranked No. 3 in the SBLive’s Missouri Top 25). The winner advances to the Class 6 state semifinals.

Senior Nathan Ricco hasn’t put up flashy numbers (93-of-202 for 1,590 yards), but he’s led the Panthers to perfection to this point. Of his 15 touchdown passes on the season, 12 of them have gone to 6-foot-3 senior Mudia Reuben (43 receptions for 889 yards), who has committed to Stanford University.

Defensively, the Panthers are led by senior Roger Guillory. One of the top linebackers in the Kansas City area, Guillory has registered 164 total tackles (97 solo) and eight quarterback sacks. Junior Dylan Love (121), senior James Williams (100) and senior Elano Alvarez (95) also rank among the team leaders in tackles for a team that has racked up 41 sacks in 11 games.

No. 2 seed  Hazelwood East will hit the road this Friday for a matchup with No. 4 St. Dominic with the Class 4 District 4 title hanging in the balance. They shouldn’t be, though.

Instead, the Spartans should be hosting that game at home at Gorzynski Field.

But due to the COVID-19 protocols put in place by the Hazelwood School District, and both programs wanting to have a postseason-like atmosphere, St. Charles is now getting a chance at potentially hosting one last home game.

“I would have liked to play at home because our players earned the right to play at home,” Hazelwood first-year coach Bobby Cole told the St. Louis Post-Dispatch. “On the flip side, I love Friday nights.”

So Cole, who is now coaching at his alma mater (2002), won’t care that he has to take his team on the road for the ninth time this season — he just cares that he has the opportunity to do so, realizing most teams in Missouri are already done until next year.

Hazelwood East senior quarterback Mekhi Holmes doesn’t care, either. He’s not ready to be done. Instead, he hopes this Friday will prolong his farewell tour for at least one more week.

Over the past decade, no high school football program has matched the success of Lamar. Winners of eight state championships in the past 10 seasons, the Tigers have accumulated an impressive 142-11 record during the dominant stretch, which includes a current 20-game win streak.

Will someone be able to beat Lamar in 2021? Perhaps it could happen in the Class 2 District 4 championship game?

In a state championship-caliber game, Lamar (10-0 and ranked No. 14 in the SBLive’s Missouri Top 25) will take on Fair Grove (11-0) in one of only two matchups of undefeated teams in the entire state this week. And this is a hungry Fair Grove team.

This marks the seventh consecutive district championship appearance for the Eagles, but they have come out on the losing end of each of the past six. Lamar has been responsible for three of them.

In the past month, Fair Grove has outscored its past four opponents 204-13 behind dual-threat quarterback Kody Stacye, the program’s all-time leading passer. In one of these recent games, the Eagles held their opponent to negative total yards for more than a half of play.

Only 20 teams in the state of Missouri still remain undefeated. Here’s a look at a high-profile district championship matchup in each of the state’s six classifications set for this week:

Eureka, Rockwood Summit have unfamiliar meeting with C5D2 title on the line

It’s been a while since the Eureka Wildcats and Rockwood Summit Falcons were able to tee off against each other on a Friday night in the fall — 12 years to be exact — but that streak won’t live to see its 13th birthday, because the two programs will meet for the Class 5 District 2 title Nov. 12.

But that was then, and this is now, and Summit is hoping to build on the season that’s currently rewriting the program’s history book — a fall that has the top-seeded Falcons unblemished throughout their first 10 games for the first time in school history.

The Falcons will enter the contest on the heels of a three-game stretch in which they outscored opponents 111-7.

The Wildcats are hoping to break through that stifling defense, though, and they’re planning to do so with junior Kevin Emmanuel. The running back has — quite literally — carried Eureka to a 9-2 record and into the district title game, rushing for 1,640 yards and 27 touchdowns this fall.

When the two teams meet in Week 12, one of those streaks will be snapped.