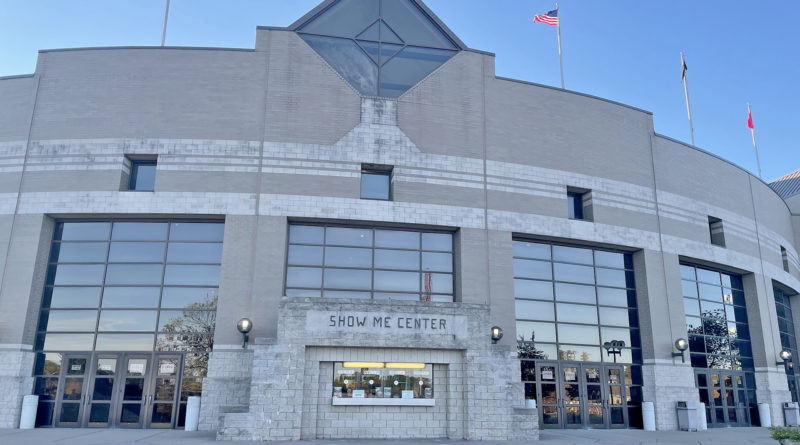 The Missouri State High School Activities Association Fall Championship Series continues this weekend as the state volleyball championships head to the Show Me Center on the campus of Southeast Missouri State University in Cape Girardeau. Action begins Thursday, Nov. 4, with the Class Three, Four and Five semifinals taking place and the championship matches being played Friday. Classes One and Two will have their semifinal matches Friday evening with the title games being played Saturday.

Class Five is loaded with talent as Cor Jesu Academy, St. Dominic, Rock Bridge, and Lee’s Summit West look to take home championship hardware starting at noon Thursday. The Chargers (21-5-3) will take on the Lady Crusaders (20-8-3) in one semifinal. Cor Jesu defeated St. Dominic earlier in the regular season, 3-0 and have not lost a set in the past five matches. The Lady Chargers are paced by seniors Jacqueline Beville and Mia Sidney Hogan. Beville leads the team with 171 kills while Hogan has a team-high 392 assists. Senior Breanna Schreimann paces the St. Dominic with 359 kills while senior Rachel Schipper has handed out 654 assists.

Rock Bridge (34-4) and Lee’s Summit West (24-9) match up in the second semi as the Bruins come to Cape Girardeau riding a 10-game winning streak. Junior Lillian Dudley is the main offensive threat for the Bruins with 309 kills while junior Ella Swindle leads the way with 545 assists. The Titans are also on a 10-game winning streak, which includes a victory in a five-set thriller in the state quarterfinals against Liberty North. Senior Sydney Handel has a team-high 397 kills while freshman Addison Lindemann has been outstanding on defense with 325 digs.

The Class Four semifinals begin at 10 a.m. Thursday with Nerinx Hall taking on Westminster Christian Academy and Logan-Rogersville playing Pembroke Hill. The Markers (21-10-4) return to the Show Me Center after earning fourth place a year ago. Senior Katie Boston leads the offense with 209 kills while junior Ella Gaona is the Nerinx Hall defensive specialist with 589 digs. The Wildcats have won their past 12 matches with junior Shelby Truitt leading the way with 230 kills and senior Hailey Pritchett dishing out 449 assists.

The second semifinal sees Logan-Rogersville (22-11-1) taking on Pembroke Hill (17-11-2). The Wildcats are coming off a four-set win over Jefferson City in the quarterfinals. Senior Brianna Linehan paces the Wildcats with 259 kills with junior Lauren Tyler handing out 838 assists. The Raiders advanced to the semifinals with a five-set victory over St. Pius X (Kansas City) this past Saturday. Senior Paige Edwards leads a well-balanced Attack with 180 kills while junior Sydney Draper paces the team with 124 digs.

The Class Three field sees Valle Catholic taking on Blair Oaks while Strafford plays Notre Dame de Sion starting at 2 p.m. Thursday. The Lady Warriors (31-4-3) have won their last 12 matches and have lost only two sets in the streak. Senior Ella Bertram is the offensive threat for Valle Catholic with 405 kills with senior Samantha Lioda dishing out 726 assists. The Falcons (33-4) come to Cape Girardeau with an 11-game winning and has lost just one set in that time span. Sophomore Autumn Bax leads Blair Oaks with a team-high 337 kills while senior Payton Mitchell is the defensive leader with 521 digs.

Strafford (29-3-3) has only lost once since late September and defeated Springfield Catholic in the quarterfinals, 3-1. Senior Christa Duffel paces the Indians with 365 kills while junior Abby Chadwell has handed out 979 assists on the year. The Storm (17-14) joins the semifinals after defeating Odessa 3-2 in the quarterfinals. Senior Bridgette Conner leads Notre Dame de Sion with a team-high 180 kills and freshman Francie Keithline takes control of the defense with 229 digs.