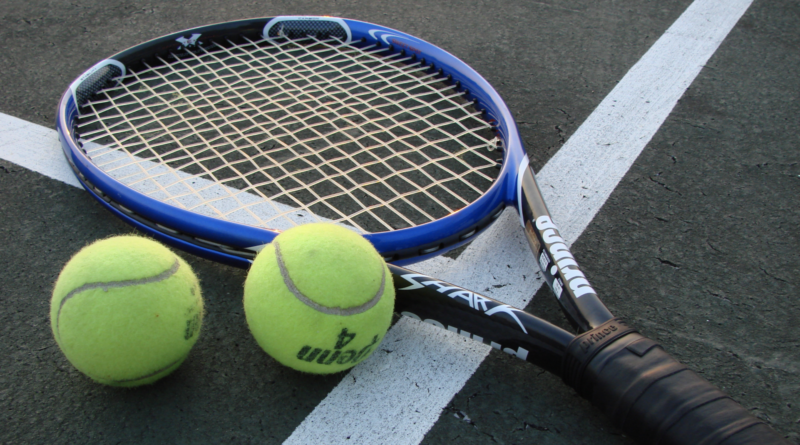 Plenty of state history was made at the 2021 MSHSAA Girls Tennis Championships. Here’s a summary of the highlights from each of the three state tournaments that were held the weekends of Oct. 15-16 and 22-23 at the Cooper Tennis Complex in Springfield.

St. Joseph’s Academy captured the program’s 17th state team title – the most by any girls tennis squad in state history. And the Angels did it in dominating fashion.

In the final five dual meets of the year, St. Joseph’s did not lose a single match (singles or doubles). The Angels blanked Lindbergh and Parkway South to win the District 1 championship and then swept Lafayette-Wildwood in the state quarterfinals, St. Teresa’s Academy in the state semifinals, and MICDS in the Class 3 state championship match.

“First of all, it was a tremendous year overall,” St. Joseph’s coach Doug Smith told STLhighschoolsports.com. “And everybody was clutch (Saturday in the state semifinals and finals). I told the girls that it would take both skill and will and that will is often the more important one of the two, although we certainly have the skill.”

Indeed they do. The Angels lost only a handful of matches all season long, and they play an impressive regular-season schedule that features multiple out-of-state opponents.

The team title turned out to be sweet redemption in particular for St. Joseph’s Ellie Choate and Abby Gaines. One week earlier, Gaines finished third in the state singles tournament, while Choate came up one victory short of becoming the first girls tennis player in state history to win four state doubles championships.

“Obviously, I wanted four,” Choate said. “Nerves got to us last weekend, but it was great to get another chance. This is the way to finish my high school career, going out with the gold.”

It’s not the triple crown that most baseball fans think of, but it’s just as special all the same.

Barstow captured all three state titles at the Class 2 level – the team, singles and doubles crowns. A school with an enrollment of less than 200, moved up from the Class 1 level to Class 2 this year.

In the state championship match, Barstow blanked Ladue Horton Watkins, 5-0. Atra Biria and Phoebe Martin each won 6-0, 6-0 in their respective singles matches. In doubles, the duo teamed up to win 8-1. Sarena Biria and Mary Colombo won their doubles match 8-0, while Lianna Adams and Aishi Sethi completed the shutout with an 8-6 victory.

One week earlier, Sarena Biria defeated Leiloni Payton of Lincoln Prep 6-0, 6-1 for the Class 2 singles championship. It was all Barstow in the doubles state title match as Colombo and Adams defeated their teammates Martin/Atra Biria 6-1, 6-0.

Call them the comeback kids. Kennett captured the first state team title in program history with a pair of come-from-behind victories.

In both the state semifinal and state championship matches, the Indians trailed 2-1 after the doubles matches before pulling out the team victories with clutch singles play. Kennett defeated Bolivar, 5-3, in the semis and then pulled out a 5-4 nailbiter against Westminster Academy that went down to the wire.

“This team is real tight-knit,” Kennett coach Janet Hilburn told semoball.com of her team. “They are a good group, and they work together well. I had told them from the get-go that this is a team effort. There are going to be some days where the top of the lineup pulls through. There will be some days where the bottom does.

“… We’re good throughout our lineup.”

Obviously. Hilburn’s team proved to be the best small-class squad in Missouri.

In the state championship match, the score was tied 4-4 with the No. 5 singles match last on the court. Kennett’s Macy Bazzell played the roll of hero as she won a three-set thriller 6-3, 5-7, 10-7. In the 10-point super tiebreaker, Bazzell led 3-0 and 4-1 only to see the score get tied at 6 before she won four of the final five points to pull out the victory for herself – and most importantly the team.

Kennett finished the season with a team-record 21 dual meet victories. The Indians advanced to the state final four in both 2012-2013 and placed fourth on both occasions.

Bolivar defeated St. Joseph Bishop LeBlond to place third as a team in state. Elli Rose of Whitfield defeated M.K. Beckemeier of Duchesne 6-2, 6-2 to win the state singles crown – the first state tennis championship in school history. It was an all-North County final in the doubles tournament as Lauren Politte and Hannah Politte took down their teammates Lucy Pace and Katelynne Jones in the championship match, 6-3, 7-6.