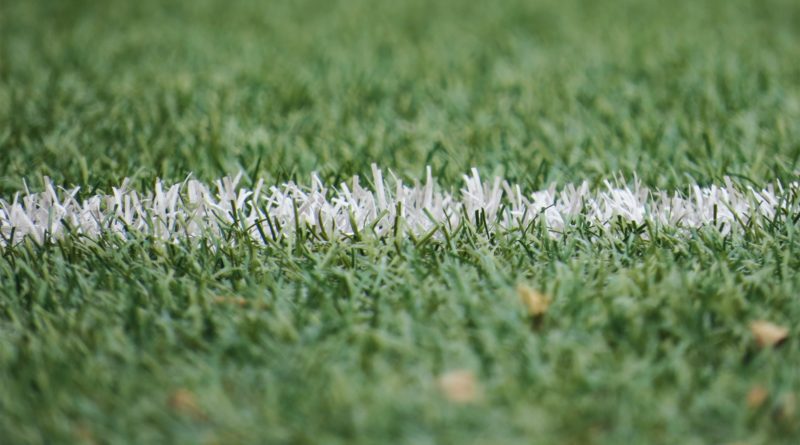 Here’s a breakdown of the Missouri football postseason setup. It’s a rare situation where every team in the state has the opportunity to advance to the playoffs.

The nine-week regular season wraps up this week. That means teams have one last chance to improve their standing within their respective districts.

Every team in the state — from Class 1 through Class 6 — has been placed in a corresponding district based on geography. Throughout the course of the season, teams acquire a number of points based on win-loss record and strength of schedule.

For example, here’s a look at the Class 6 District 1 standings heading into Week 9:

Upon completion of the regular season schedule this week, eight-team, district brackets will be set in stone. First-round matchups will take place Friday, Oct. 29, and will feature No. 1 seeds vs. No. 8, No. 2 vs. No. 7, No. 3 vs. No. 6, and No. 4 vs. No. 5. District semifinal games will be played Nov. 5, followed by district championship contests the following week on Nov. 12.

The largest 32 schools in the state by enrollment have been placed in Class 6, divided into four, eight-team districts. The four district champions will advance to the state semifinals.

In Class 1 through Class 5, teams have been slotted into eight districts, each featuring eight-team brackets. However, some districts do not have a full eight-team field, meaning certain higher seeded teams will receive first-round byes.

One such example is Class 5 District 4. With only six teams on the bracket, both the No. 1 and No. 2 seeds automatically advance to the district semifinal round.

In Classes 1-5, the eight district champions advance to the quarterfinal round of the state playoffs. Winners move on to the state semifinals and eventually the state championship game.

It wasn’t anything unexpected. Actually, the complete opposite.

Carthage rode a 7-0 record into a Week 8 meeting with Republic, and the Tigers weren’t planning on letting their win streak come to an end.

There was too much on the line: district seeding, the chase toward a perfect season and a chance at coach Jon Guidie nabbing his 150th win as the leader of the program.

All three of those goals remain intact, as the Tigers grabbed a 35-14 win against Republic.

“I’ve been here a long time and played in a lot of games,” Guidie told the Joplin Globe. “I’ve had some great coaches and some great players. It’s a credit to these guys right here, players we’ve had in the past and all of the coaches that have come through. … I’m very blessed to be able to be here this long and in one place and have the success that we’ve had.”

One of this year’s top leagues has been the Central Ozark Conference in southwest Missouri. Four different teams in the conference have been ranked in the SBLive Top 25 during the season, and three can currently be found in the top 12.

Obviously, if Carthage can come up with one more big win, the Tigers will claim the COC Championship outright. A Nixa win would force a three-way tie (along with No. 12 Joplin) for the league title.

Results from this game will also have implications on district seedings. Carthage has but locked up the top seed and home-field advantage in Class 5 District 6.

However, it’s a much different story for Nixa in Class 6 District 3, arguably the toughest district in the entire state. The Eagles currently own the top spot in the standings by a fraction of one point over Lee’s Summit North. Joplin and Raymore-Peculiar also find themsleves in the mix for a top seed, meaning four teams in this district are legitimate state championship contenders.

With roughly half a minute remaining on the scoreboard during Jefferson City’s matchup with Battle Oct. 15, it was unlikely the Jays walked away with a win.

When Jeff City senior running back Kevion Pendelton scored his seventh touchdown of the game with 20 seconds left in the fourth quarter, it was all but assured the Jays would head into Week 9 on the heels of a 55-52 win.

“They stunned our defense in the first half,” Battle coach Jonah Dubinski told the Columbia Missourian. “It took us some time to adjust, but we have to give credit to their coaching staff and No. 16 (Pendelton).”

The Spartans (4-3) weren’t expecting Pendelton to carry the ball 38 times for 331 yards rushing and seven scores. The senior wasn’t the only ball carrier to scorch Battle’s defense, though, as the Jays (4-4) rushed for a team total of 469 yards.

The win seemed likely for Battle, a team that was hoping to improve its district seeding with a triumph over Jeff City, after Spartans quarterback Justin Goolsby found wideout Keylan Horn for a 76-yard touchdown with slightly over a minute left in the fourth quarter.

Pendelton ended the Spartans’ search for a win and forced them to move into Week 9 aiming for a way to bounce back. It’ll be tough for the Spartans, who will host Class 4 No. 1 Hannibal Oct. 22.

“We’re going to double down and invest more,” Dubinski said to the Columbia Missourian. “It’s what we have to do.”

Vianney hopes to create streak after first win since 2019

Prior to Vianney’s matchup with DuBourg in Week 8, the Golden Griffons had been handed 13-consecutive losses since their last win — a 23-10 triumph against Mehlville Nov. 8, 2019.

That streak wouldn’t advance to 14, though, as Vianney recorded a 42-0 win over DuBourg.

The first program’s first win in almost two full years was propelled by the Griffons’ youth, a roster of roughly 60 that includes only 16 upperclassmen.

“It’s the process we go through and how we get better,” Vianney coach Chad Masters told the St. Louis Post-Dispatch. “They understand that good times are ahead.”

Sophomore running back Chase Bresler scored his first two touchdowns of the season and ran for a season-high 64 yards in contribution to the win.

Sophomore linebacker Sam Berger had a couple of sacks, and Vianney’s defense was able to muster three interceptions against DuBourg.

Now, the Golden Griffons will hope to put together back-to-back wins when they host Helias, Class 4’s defending champion.