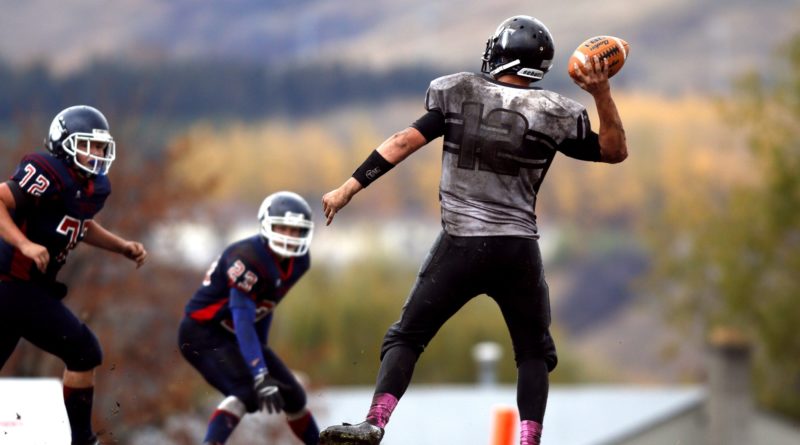 Three road games to close the regular season for Christian Brothers ends with an out-of-state Week 9 date at Edwardsville (Ill.). The Cadets look to win their eighth consecutive game heading to the postseason.

Champions of the Southeast Missouri North Conference four years in a row, the Indians now own the state’s longest win streak at 22. Jackson has won 46 of 48 games overall in the past four seasons.

Like No. 1 CBC, the Eagles have not lost since the first week of the season. Liberty North can clinch the Greater Kansas City Suburban Gold Conference title for the first time in program history with a win this week at Blue Springs South.

Much more than bragging rights will be at stake when the Broncos play Lee’s Summit West this week. Lee’s Summit North has a chance to claim the No. 1 seed and home-field advantage for Class 6 District 3 play.

The Spartans find themselves in a strange position as the regular season winds down, ranked only No. 4 in the Class 6 District 1 standings. Home games will likely be limited, especially since De Smet plays this week at Vashon.

One game will determine the Central Ozark Conference championship – No. 6 Carthage at No. 10 Nixa. The Tigers can also complete an undefeated run through one of the toughest regular-season schedules in the entire state.

How will last week’s “bye” affect the Warriors after their Week 8 opponent cancelled on them? We will find out this Friday when they attempt to finish a perfect run through the regular season at Winnetonka.

After a few close calls in the past month, the Indians rebounded with a blowout last week that has them in line to claim the top spot in Class 5 District 4 play. A win against Liberty (Wentzville) this week would sew it up.

One last hurdle stands in front of the Rams as they look to complete an impressive undefeated run through the regular season – a Week 9 home game against Chaminade College Prep.

The Eagles have been able to overcome adversity while producing one of the most successful regular seasons in team history. However, the biggest challenge awaits this week as No. 6 Carthage comes to town for a huge game.

Since losing to Holt back in Week 6, the Vikings have won back-to-back games while scoring 100 points in the pair of victories. Expect the Francis Howell offense to continue to roll this week at Columbia Rock Bridge.

Although the offense has struggled the past couple weeks, the Eagles still find themselves in fine position to finish the regular season strong. Joplin will return home this week with a chance to regain momentum against one-win Neosho.

One of the highest-scoring teams in the state, the Pirates have produced 404 points in eight games this season (50.5 per contest). Next up is a Battle team that should provide a stiffer test.

Very quietly the Zizzers’ defense has put up numbers that can be compared with the best in the state. West Plains has held six of its eight opponents this season to 12 points or less, highlighted by a pair of shutouts.

Through eight games, the Tigers have outscored their opponents 370-73 – that’s an average of 46-9 per outing. Lamar will only add to those impressive numbers this week with a road contest on deck at East Newton.

Despite losing a game early in the season and missing out on another game due to a COVID-19 cancellation, the Dragons still have enough points to sit on top of the Class 3 District 2 standings because of a strong strength of schedule.

Although the Panthers have not been overly impressive the past three weeks, they have done what good teams do: find ways to win. Park Hill South can complete an undefeated regular season with a win at St. Joseph Central.

Three consecutive big wins against Glendale, West Plains and Camdenton might have taken too much out of the Yellowjackets as they dropped a shocker at Rolla last week, but they should be able to rebound against winless Parkview.

Only one question remains for the Warriors. Can they win all nine regular-season games with the mercy-rule running clock in effect at the end of the game? Valle Catholic has outscored the opposition 407-71 for the season.

The reigning Class 6 state champs have recovered from two early season losses to SBLive Missouri top five teams Liberty North and Lee’s Summit North and are playing their best football at the right time of the season.

During a current seven-game win streak, the Crusaders have outscored their opponents 276-51. In five of those games, the Helias defense has held the other team to single digits in the scoring column.

After knocking off ranked Hazelwood Central from the land of unbeaten – and winning on the road for the fourth time this season – the Flyers prove that they deserve some recognition for their work.

A weak strength of schedule has kept the Falcons outside SBLive’s Top 25 all season – until now. Rockwood Summit has outscored its opponents 317-31, and up next in the regular season finale is winless Riverview Gardens.

Last week it was pointed out that the Hawks faced a tough two-week stretch to finish the regular season. They lost their first game of the year last week against Lindbergh and will now try to bounce back against Marquette.

Coming off the team’s first shutout victory of the season (against Melhville last week), the Wildcats carry tremendous momentum into the most important game of the year: at home against Kirkwood.