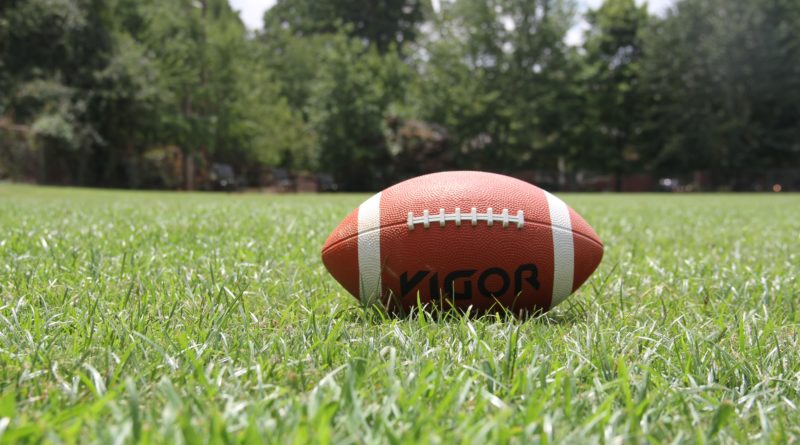 Since suffering a 48-44 season-opening loss to perennial powerhouse East St. Louis (Ill.), one of the top teams in the Midwest, CBC has won six consecutive games by an eye-popping cumulative score of 305-85.

The defending Class 5 state champion Indians have extended their state-best win streak to 21 over the past two seasons. Up next is a rematch with Cardinal Ritter, a team the Indians defeated 42-8 two weeks ago.

While playing one of the toughest schedules in the state, Liberty North continues to pass a tough test each week. The Eagles have already defeated four SBLive Top 25 teams, and they get once-ranked Lee’s Summit West this week.

Despite suffering their first loss of the season last week against No. 3 Liberty North, the Broncos stood toe-to-toe with the Eagles and certainly showed enough to prove they do not deserve to fall in this week’s rankings.

Make it four-straight wins for the Spartans, who have given up a grand total of 21 points in those victories. De Smet looks to extend the streak this week in the final home game of the regular season vs. SLUH.

Thanks to a dominating victory against Joplin, the Tigers make the biggest jump inside the Top 10 this week. One of the most physical football teams in the state, Carthage now has complete control of the Central Ozark Conference.

After last week’s blanking of Raytown, the Warriors have now recorded three shutouts this season. Even more impressive, the Smithville defense has allowed a mere 39 points all year – 5.6 points per game. Wow.

The Indians have successfully navigated the toughest part of their regular-season schedule and now stand in uncharted territory for the program. A team clearly on the rise, Holt has won 15 of its last 17 games.

In just three week’s time, the red hot Yellowjackets have gone from unranked all the way into the Top 10. Lebanon knocked off two undefeated teams and another team with one loss in that trifecta of recent big wins.

Call it lucky seven. After posting a 7-4 record in 2019 and a 7-1 mark in last year’s COVID-shortened 2020 campaign, the Rams have already matched those win totals with plenty of season left in 2021.

Winners of five-straight games after the program’s first-ever victory against Webb City, the Eagles remain one of the top teams in southwest Missouri. Keep an eye on a Week 9 collision course with Carthage.

After losing for the first time this season (against Holt), the Vikings bounced back in a big way last week with a 44-0 rivalry blowout of Francis Howell Central. A season-ending road trip continues this week at Timberland.

A team that had piled up points on everyone, Joplin trailed Carthage 34-7 in last week’s loss before registering a pair of fourth-quarter touchdowns to make the final score look more respectable (34-22).

The Pirates’ march through the North Central Missouri Conference finishes this week against winless Marshall. Hannibal’s explosive offense has scored at least 40 points in every game this season.

Class 2 power Lamar has defeated several larger-class teams this season. The Tigers must do it again this week against Seneca, and a win would clinch a share of the Big 8 West Conference title.

The Dragons’ domination of small-class St. Louis teams has been a constant all season. Keep in mind, the lone loss for Class 3 St. Mary’s came against Neuqua Valley (Ill.), ranked No. 2 in the Illinois Class 8A rankings.

Take away the Zizzers’ one slipup (a 44-34 loss against up-and-coming Lebanon two weeks ago), and they have crushed their other six opponents this season by a 298-62 margin.

Defense has taken center stage for the Panthers in recent weeks, surrendering only 14 points in their last 12 quarters of play. Last week’s shutout of North Kansas City preserved the undefeated season.

The Hawks close out the regular-season schedule with a pair of challenging games against Lindbergh and Marquette, two teams that currently stand with identical 6-1 records.

Another week, another big win for Valle Catholic. The Warriors have now won 16 of their past 17 games dating back to last season and 30 of their last 32 going back to 2019.

Despite having three close calls in the past month, the Bulldogs continue to do what they do best – win games. Odessa has won 31 consecutive games when it takes the field.

Ray-Pec’s losses have come against Top 5 teams Liberty North and Lee’s Summit North, but the Panthers have been able to run the table against everyone else.

The offensive-minded Blue Jays will attempt to extend their current four-game winning streak this week against Ray-Pec, a team that has struggled to score points most of the season.

Since being blown out by Hannibal (54-20) in the season opener, Helias has righted the ship with six consecutive victories, granted only one has come against a team with a winning record.

The Wildcats have won four in a row since dropping their only game of the season, a 25-20 loss against Hazelwood Central back in Week 3. They have scored 107 points in the past two games.