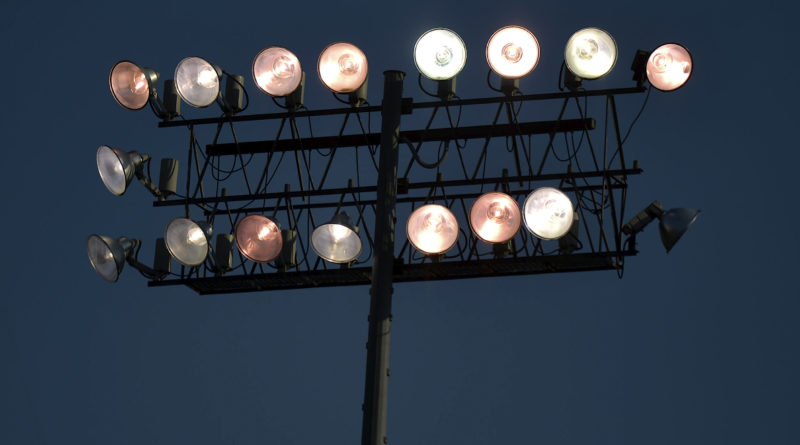 Now this was more like it. This was the type of offensive production Liberty expected in 2021.

Last year, the Blue Jays posted a memorable 10-2 campaign where the offense scored at least 30 points on nine separate occasions. With a large contingent of returners on that side of the football back this season, led by standout running back Wentric Williams III, the offensive-minded Blue Jays believed another big year was ahead.

But it just hadn’t materialized as they hoped as the Jays hit the 30-point plateau only once in the first five games of the season, and that happened way back in Week 1. That was until last Friday night happened.

Liberty unleashed the type offensive attack teams only dream of. In a 59-30 victory against Columbia Rock Bridge, the Blue Jays exploded for a season-high in both points and total yards of offense (646). Of the eight touchdowns scored by Liberty, five came on plays of 48 yards or longer.

“You never expect to put up 600 yards in a game,” Liberty head coach Chad Frigon told SBLive. “We just executed at a high level.”

It all started with the run game, as it always does for the Blue Jays. Williams rushed 21 times for 219 yards and three touchdowns, giving him 955 rushing yards and 12 touchdowns on 139 attempts (6.9 yards per carry) for the season, which are some of the best numbers by any running back in the Kansas City area through six games.

However, it was quarterback Tyler Lininger who really stole the show last week as he completed 14-of-18 passes for a whopping 396 yards and four touchdowns. Lininger connected with standout receiver Caden Dennis for 164 yards and two touchdowns, but it was his ability to share the wealth that really stood out as Anthony Wenson tallied 128 receiving yards and one touchdown and Ricky Ahumaraeze finished with 84 yards and a score.

“We started the game by running the ball well, but it really was Tyler’s night,” Frigon said. “He was extremely accurate and that allowed us to make some big plays. But what I’m most pleased about is that he spread it around. We had a lot of guys making plays, and that’s going to make us that much harder to defend the rest of the season.”

Since suffering back-to-back losses to Kansas City’s best teams in Week 2 and 3 (against Liberty North and Lee’s Summit North), Liberty (4-2 record) has reeled off three straight victories. The Blue Jays, who opened the season ranked No. 5 in SBLive’s Missouri Top 25, dropped out of the poll for a few weeks but now return at No. 25 this week.

Liberty will try to keep the offense rolling in the final three weeks of the season. The Blue Jays have a challenging stretch of games ahead starting with Park Hill this Friday and then defending Class 6 state champion Raymore-Peculiar next week.

Parkway North linebacker and defensive end Darrell Tucker wasn’t quite sure when the game was going to be over.

After two complete overtime periods, and on the verge of a fourth, the senior recorded the game-winning tackle to give the Vikings a 56-50 win against Hazelwood Central Oct. 1.

The Vikings improved to 4-2 on the year, including a record of 2-1 in Suburban Conference Green play, after overcoming a 19-point deficit toward halftime. With a minute until the game’s midway point, Parkway junior quarterback Quaran Williams scored his second touchdown of the game to cut it to a 12-point deficit.

Led by Williams — who finished with six touchdowns — and Tucker, the Vikings were able to complete the comeback and stay primed for a top seed in their district.

Now, they’ll prepare for a Week 7 matchup on the road against rival Parkway Central (1-5), but for the time being, the Vikings will enjoy coming out of Week 6 unscathed.

“I’m very proud of our kids not giving up and not giving in,” Parkway coach Karl Odenwald told the St. Louis Post-Dispatch. “We felt that we had kind of contributed to that deficit with some of the mistakes we made, but credit to Hazelwood East. They took advantage of it like good teams do.”

“I’m glad the game was over, I was exhausted,” Tucker added.” I’m glad we got that team win.”

This one has been in the works for weeks. Now it’s finally arrived.

Joplin and Carthage have been on a collision course for one another for some time. Both teams are ranked top 10 in the SBLive’s Missouri Top 25. Both teams have scored at least 40 points in five of their six games this season. Both have already taken down perennial powerhouse Webb City. Both have a star player leading their respective clubs: dual-threat quarterback Always Wright for the Eagles and two-way phenom (running back and linebacker) Luke Gall for the Tigers.

For the record, this one doesn’t mean much for the postseason, since No. 8 Joplin plays in Class 6 while No. 9 Carthage is in Class 5. However, there’s still much at stake. The winner of this one will take a huge step toward claiming the Central Ozark Conference Championship – and staking claim to the title as the best team in Southwest Missouri.

After this week, Joplin has two regular season games remaining against teams with losing records, at 2-4 Branson in Week 8 and home versus winless Neosho in Week 9. Carthage will still have plenty of work to do with remaining games at home against 3-3 Republic in Week 8 and on the road at 5-1 Nixa in the finale.

The Jackson Indians have been perhaps the most dominant high school football program in Missouri throughout these past few years, and they’ll carry a 20-game win streak into their Week 7 matchup against the Farmington Knights (5-1).

Jackson (6-0) will also enter the contest with momentum from their 50-8 win against Cardinal Ritter, which was the first of two matchups between the programs within three weeks.

The Knights will enter on the heels of a 49-42 win against Poplar Bluff in Week 6, a game that featured Farmington scoring two touchdowns in the final minute.

But with a win against the Knights, Jackson would win an unprecedented fourth consecutive SEMO North Conference title.

“When I got hired, that first year we didn’t win it. Sikeston won it,” Jackson coach Brent Eckley told the Southeast Missourian. The next year, we won it and the next year we thought we had a really good team, which we did, and Cape got us and they won it. People told me, ‘Well, people don’t win the SEMO North in back-to-back years, it’s just pretty competitive.’ We’ve kind of held on to that a little bit and use it as motivation.”

The biggest game on the Week 7 slate in Missouri will be between No. 3 Liberty North and No. 4 Lee’s Summit North in a matchup of top-five teams from the SBLive’s Missouri Top 25.

Still-undefeated Lee’s Summit North has been as good as anyone in the Show-Me State this season. However, Liberty North has simply been unstoppable since an opening-season loss at Bentonville (Ark.), and they’re doing it by showcasing the defensive side of the football.

In the past two weeks specifically, the “Blue Swarm” defense has been incredible. Not only have they surrendered a mere 10 points in the past eight quarters, the Eagles have allowed only 361 YARDS in that time – 245 yards in a 42-7 domination at Blue Springs two weeks ago and 116 yards in a surprising 42-3 thumping of red hot Park Hill last week. They forced five turnovers in those games as well.

The winner of this week’s showdown will have the inside track to the Greater Kansas City Gold Conference Championship. Oh, and clearly this game could be a preview of a potential Class 6 state playoff game later this fall.

“We’re playing to win,” Liberty North coach Greg Jones said to SBLive. “We’ve already suffered not playing one game on our schedule because of COVID. We’re thankful we’re playing Friday night, and we’re ready to make the most of this opportunity because we already know you might not have the chance to play next Friday night.

“… To win a championship in this conference says a lot about your program, and you have to take great pride in that. This is Missouri high school’s version of the SEC West.”

Harrisburg hasn’t had the easiest path en route to carrying an undefeated record into Week 7. The Bulldogs beat Milan 28-26 back in Week 2, and they beat Sweet Springs 20-16 in Week 5.

Their sixth win of the season wasn’t as difficult.

Harrisburg beat Russellville 46-6 Oct. 1, and despite the eventual win, the game was over in the first quarter — when the Bulldogs scored 24 unanswered. They scored 32 points before Russellville was able to get on the board.

Now, though, they’ll prepare for a showdown with the Fayette Falcons (5-1).

The Falcons are coming off of a 60-30 win against Paris/Madison/Faith Walk Academy in Week 6. Their lone blemish on the season came via a 37-0 loss to Marceline Sept. 17.

When the two programs meet this Friday, the Falcons will be hoping to be the lone scuff on Harrisburg’s record. On the other hand, the Bulldogs are hoping to remain perfect.