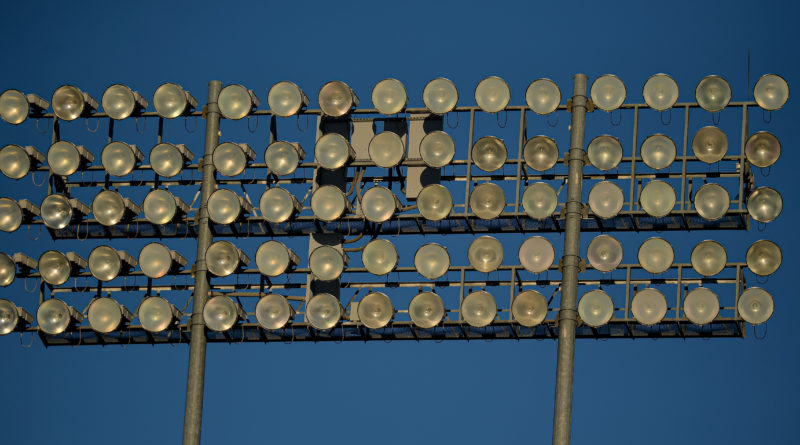 SLUH gave top-rated Christian Brothers all it wanted in the first half and trailed only 24-21 at the intermission. However, CBC outscored the Junior Billikins 35-6 after the break. Jeremiyah Love rushed for three touchdowns, and Jeremiah McClellan hauled in three TD receptions.

It’s starting to sound like a broken record. Another week, another blowout win for the reigning Class 5 state champs. Jackson has now scored 270 points in five games, an eye-popping average of 54 points per contest.

After sitting out last week, the Eagles looked a little rusty early. Then they closed out the game with 35-unanswered points and a running clock. Quarterback Sam Van Dyne tossed three touchdown passes, two to Freddie Lavan.

The Vikings remained perfect with a wild end-of-game sequence that started with a goal-line stand. After that, Francis Howell went on a 99-yard, game-winning drive that ended with a touchdown pass to Brett Norfleet with 13 seconds left.

Quincey Baker’s 10-yard touchdown run in overtime gave the Broncos the lead, but it was the defense that saved the game. Blue Valley North opted to go for the win but missed the two-point conversion in a Missouri-Kansas border showdown that featured two of Kansas City’s best.

De Smet scored early and often and jumped back over the .500 mark for the first time since the first week of the season. The Spartans scored on their offensive play from scrimmage and raced out to a 42-0 lead by halftime.

There was no letdown for Holt after last week’s big win against Timberland. The high-powered Indians have now scored 45 or more points in four of their five games this season.

The Smithville defense limited the Pirates to 101 yards of total offense and forced four turnovers, three from Cody Simoncic (two interceptions and one fumble recover). Rhett Foster hauled in six receptions for 174 yards from Andrew Hedgecorth, who finished 16-of-25 for 247.

Quarterback Always Wright put on another show as he accounted for five total touchdowns in the blowout win. Wright rushed for three scores highlighted by a 52-yarder in the third quarter, and he also passed for two more scores just for good measure.

With yet another impressive performance, the Carthage defense still has yet to surrender more than 14 points in any game this season. And of the 56 points allowed by the Tigers, few have come against the first-team D.

The Rams’ offense has commanded the spotlight most of the season, but it was the defense that shined brightest this week by pitching a shutout against a John Burroughs team that was averaging nearly 40 points per game.

West Plains is starting to separate themselves as an elite team in the state. Running back Connor Lair has put up big numbers this season, but he also scored defensively with a pick-six in this latest win.

owdown to beatdown. In a matchup of undefeated teams, Hannibal stayed perfect on the season and took control of the North Central Conference race.

It went from showdown to beatdown. In a matchup of undefeated teams, Hannibal stayed perfect on the season and took control of the North Central Conference race.

The Tigers had no trouble with a weak Cassville team as expected. Lamar’s defense is starting to grab more of the spotlight as they have held their five opponents to a grand total of 45 points.

The Dragons fell behind 6-0 but completely took over after that in a game that featured two of the top small-class teams in St. Louis. Kevin Coleman had two punt return touchdowns for the Dragons.

The newly minted Class 6 Panthers are playing a Class 5 schedule this season, and obviously, they are having no trouble so far this fall. An undefeated regular season is looking more and more likely.

The Panthers snapped a two-game losing streak by holding off suddenly sliding Lee’s Summit West. Quarterback Zander Dombrowski passed for 154 yards and two touchdowns and ran for another 83 yards.

With the game tied at 28 in the fourth quarter, the Hawks went on to score three unanswered touchdowns in the final 10 minutes on the game to pull away for a key victory between undefeated St. Louis schools.

After suffering a rare Tri-County Conference loss last week, Blair Oaks got back on track. Quarterback Dylan Hair compiled more than 400 yards of total offense along with six total touchdowns in the bounce-back win.

Down a starting quarterback and leading rusher, Webb City received a big performance from Cade Wilson, who rushed 14 times for 147 yards and four touchdowns in a key rebound victory for the Cardinals.

As expected, Valle Catholic remained undefeated by taking care of St. Francis Borgia, a winless team that has struggled to score all season. The Warriors’ defense has surrendered only 35 points through five games this season.

All of a sudden, the Titans have lost two games in a row after an impressive start to the season. A late touchdown with two seconds left in the game could only make this final score look closer.

Platte County’s offense could never get going against a Smithville defense that appears to be one of the best in the state regardless of classification. The Pirates’ lone touchdown of the game came on a fumble return.