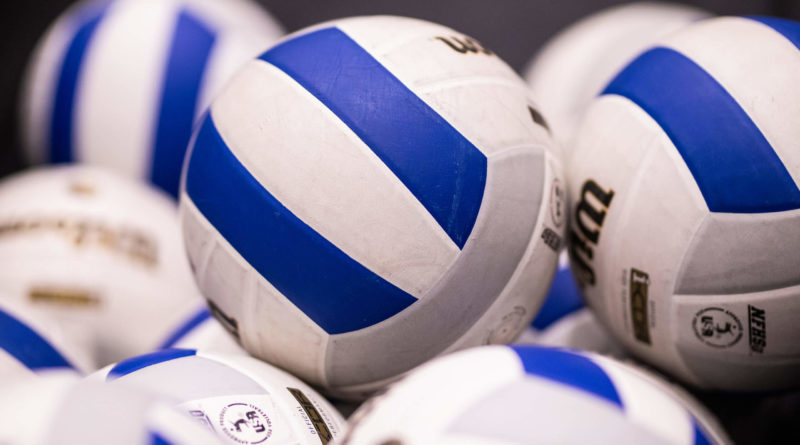 Behind the play of Sarah Gallardo and Julia Farris, the Lady Crusaders swept Puckett 3-0 (25-17, 25-21, 25-21) in the MHSAA Class 2A South State Championship match Tuesday night.

Sacred Heart (24-3) will face Belmont for the Class 2A State Championship on Saturday at Noon at Ridgeland. This is Sacred Heart’s first appearance in the state championship in volleyball.

“We knew it was going to be a great match,” Sacred Heart coach Kerry Geroux said. “Puckett is a great team and it was a close match. It was about who made the least amount of mistakes, and we fortunately didn’t and came out with the win.”

The Lady Crusaders kept the momentum to begin the second set as they jumped out to a 7-2 lead. But midway through, Puckett cut the lead down to 18-15 and tied the set 21-21 before Sacred Heart called a timeout.

“I told the girls to just relax and play your game,” Geroux said. “We were able to get the momentum back after they made a serve error and that helped.”

The third set was a dog fight. Sacred Heart went up 10-9 before Puckett called a timeout. Both teams traded leads until the set was tied 20-20.

“We were out of sync in the third set until the end with mistakes, and I told the girls to just relax,” Geroux said. “It’s on to state championship for the first time, and as long we have good practices and come out well, we will be fine.”

Farris had six kills and 26 digs to lead Sacred Heart. Ameze Ekunwe had eight kills and 21 digs for the Lady Crusaders.

“Puckett has a really good team, but we just have a bond like no other and were able to put it away,” Gallardo said. “This is a game of momentum so we had to come out strong and keep it. We just have to the make game easy for ourselves and that’s what we did.”

Puckett finished season 21-5. The Lady Wolves were the 2A runner-up last year.

“Sacred Heart’s support system was amazing and helped carried them through tonight. We played well and executed,” said Puckett coach Corinne Mann. “We’re going to have some big shoes to fill next year. We’re going to have to really focus on our defense and improving that to make it to the next level.”