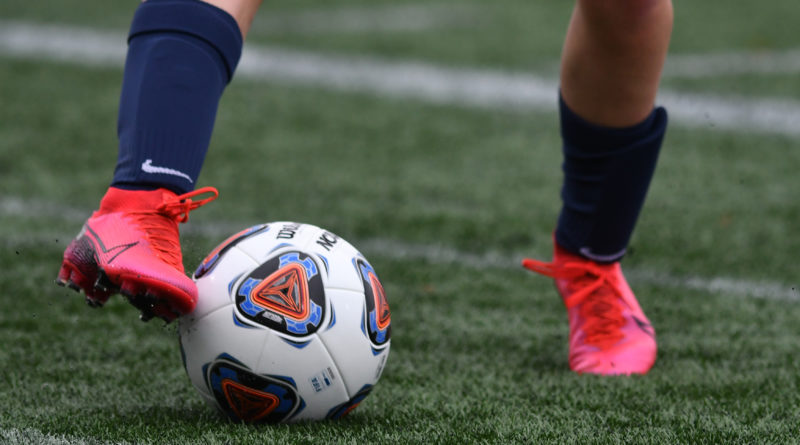 Tuesday night served as a match up between two bitter rivals of Region 1-6A. The Tupelo Lady Golden Wave (9-2-0) faced off against the Oxford Lady Chargers (8-2-1) at Tupelo High School.

The Lady Charges came into the game on a 3-game winning streak. This included a shoot out win over crosstown rival Lafayette and two region wins over Starkville and Grenada.

The Lady Golden Wave were coming off a very successful trip to the Jackson metro. They faced off against two very talented teams in Northwest Rankin and Madison Central and were victorious in both contests. They looked to ride that momentum into region play, and they did just that.

The game got off to an electric start. Tupelo’s Avery Hooker applied pressure to the Oxford defense at the opening kick. That pressure nearly resulted in the game’s opener as Hooker stole a pass and was 1 on 1 with the Oxford keeper, who made a great save on Hooker’s shot.

Oxford then immediately transitioned into offense creating a chance of their own. The Lady Chargers sent a ball over the top that forward Parker Martin outraced everyone to. With just the goalkeeper in front of her, Martin let rip of a shot that was just high, coming off the field goal post.

As the game settled following this, it was Tupelo who found themselves creating the majority of chances. This mainly came through Hooker who had several near scores early that eventually lead to the opening goal in the 23rd minute.

Caroline Chandler played a through ball to Hooker who was off to the races. With just the goalkeeper to beat once again, Hooker made no mistake about this chance. She struck a shot that came off the inside of the left post and went into the net.

The Lady Golden Wave generated several additional chances in the half but the Oxford defense, led by Alexis Trimble, thwarted the attempts. The half came to a close with Tupelo up 1-0.

Tupelo stayed on the front foot in the second half drawing a penalty kick in the 48th minute. Evie Crawford beat her defender on the dribble in the box. The defender lunged for the ball but fouled Crawford instead. Hooker stepped up to take the penalty but a tremendous save by the Oxford goalkeeper kept the game within reach.

Crawford and Hooker combined for two more dangerous chances in the 52nd and 67th minute for Tupelo. However, the Lady Chargers Trimble consistently made key defensive clearances keeping her team in the game.

Oxford attempted one final late offensive push in the game, but it was to no avail. Tupelo were 1-0 winners in this big-time region matchup.

Tupelo took complete control of region 1-6A with a 3-0 win over Starkville on Thursday night. They head into the Christmas break with their next matchup being Jan. 4 against Grenada.

Oxford is also heading into the Christmas break. They will faceoff with Lewisburg on the other side of the break on January 4th.

With most teams in the state heading into the Christmas break SBLive’s soccer coverage will pick back up the first week of the new year.