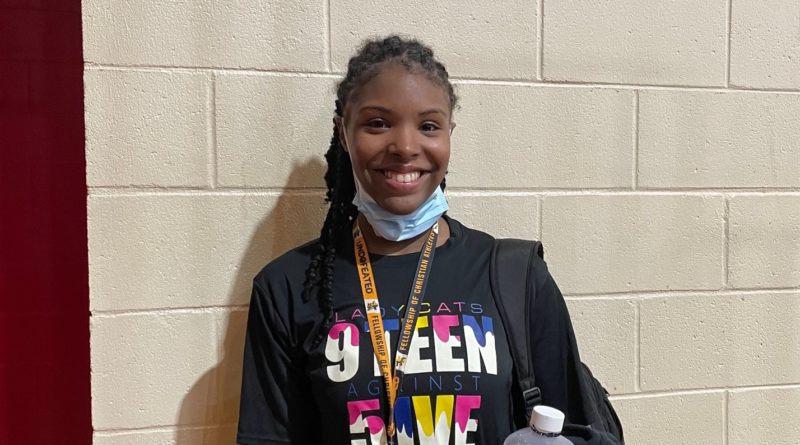 That was about the only thing that went wrong for the Lady Wildcats on Friday night.

Behind the play of Powe — along with a big second quarter and stellar defense — Meridian raced past Brandon 65-47 in a key Region 6-6A matchup.

“We started off slow to begin the game, but in the second quarter we picked it up defensively and our defense drives our offense,” said Meridian coach Denashia Faulkner. “We had some girls step up and communicate on the defensive end of the floor and that’s something we look for, but have to get better at.”

Brandon jumped out to a 6-0 lead to begin the game, but Meridian ended the first quarter on a 12-4 run to hold a slim 12-10 lead at the end of the opening quarter.

The second quarter is when the Lady Wildcats (17-1, 3-0 Region 6-6A) began to separate themselves. From about four minutes left in the second quarter Meridian went on a 17-1 run and held a 33-15 halftime lead. Powe, a Mississippi State signee, had 17 points at the half.

Powe finished with a game-high 30 points.

“I just telling myself keep playing with your same motor. Be aggressive even when shots weren’t falling and just play hard for my team,” Powe said. “When we know what we have to do it will be a good outcome and play with a lot of energy. Defense is our identity, so we just have to communicate more.”

For the remainder of the game, Brandon never trimmed the Meridian lead lower than 14 points. The Lady Wildcats held a 52-34 lead heading into the fourth quarter. Charity Hinton added seven points for Meridian.

“Debreasha is the on the floor leader for us especially on defense, but tonight we had others step up,” Faulkner said. “Right now we’re playing with a lot of energy and it’s actually really fun to watch.”

“I thought we took a step back today with the lack of execution on both ends of the floor,” said Brandon coach Candace Foster. “Meridian is a well coached team and they feed of their energy on the defensive end and we could not respond.”

Both teams will participate in the first annual girls Rumble In The South on Saturday at Mississippi College in Clinton as Meridian faces Olive Branch at 4:30 p.m., while Brandon plays Raymond at 6 p.m.