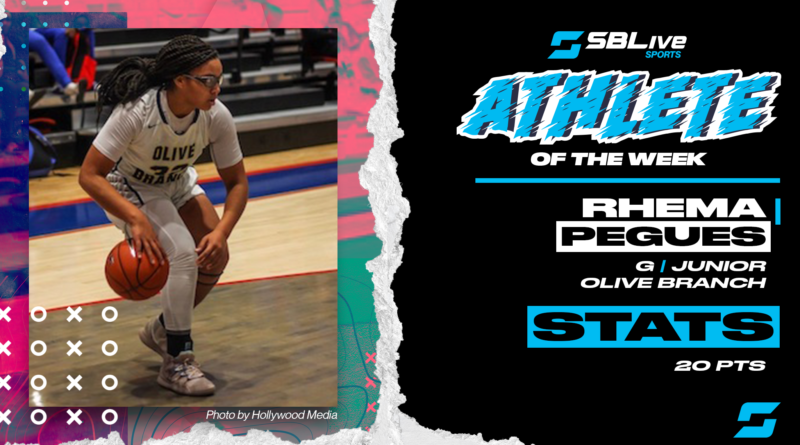 Pegues received 40.94% of the vote, beating out Porter’s Chapel’s Yakia Burns, who finished with 24.29%. Jackson Prep’s Andie Flatgard finished third with 15.74% and Lake Cormorant’s Malaesha Liddell was fourth with 12.2%. There were over 27,000 votes tallied this week!

Amari Davis, North Pike: Davis drilled a 3-pointer at the buzzer to lift North Pike to a 35-34 win over Lanier.

Andie Flatgard, Jackson Prep: Flatgard drilled the game-winning shot in overtime and finished with 20 points to lead Jackson Prep to a 50-47 OT win over Jackson Academy.

Macie Walker, Belmont: Walker scored a game-high 22 points to lead Belmont to a 59-34 win over Booneville.