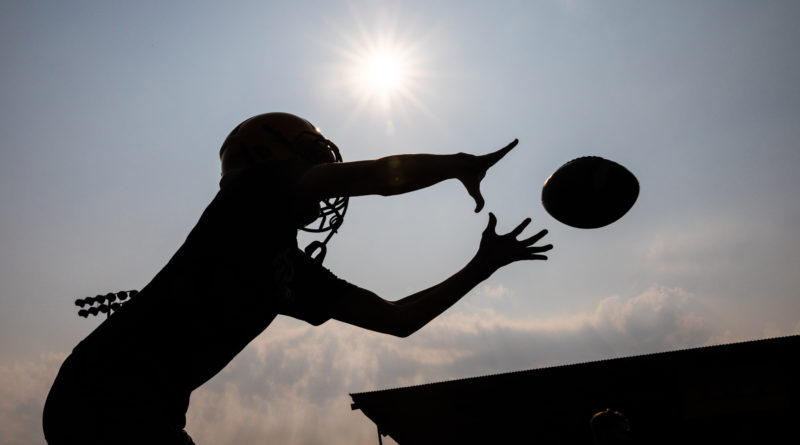 GULFPORT — Make it back to back wins for the South.

Behind a defense that intercepted four passes, the South All-Stars held off a late rally from the North All-Stars 27-24 in the 73rd Annual Bernard Blackwell North-South All-Star Game at Gulfport’s Milner Stadium on Saturday afternoon.

“The guys played great. Had a great start and had to hold there at the end,” said South head coach Ryan Earnest of Laurel. “To see guys bond like that for three days was a blast. Anytime you can have caliber athletes in one room is a blessing.”

The South All-Stars started the game out firing as they scored on the first play of the game as Sumrall’s John Ford hit Scott Central’s Dee Burks on an 81-yard touchdown pass to take a 7-0 lead.

The North cut the lead to 7-3 as Nettleton’s Jackson Cheek connected on a 26-yard field with 7:40 left in the first quarter.
Petal’s Nate Jones hit a 44-yard field goal with 9:29 left in the second quarter to extend the South’s lead to 10-3.

After D’Iberville’s Kam Williams intercepted a pass, Velma Jackson’s Terrance Mack scored on a 3-yard run with 5:57 left in the second quarter to extend the South’s lead to 17-3.

Neshoba Central quarterback Eli Anderson connected with J.Z. George’s D’Anthony McGlothan on a 51-yard touchdown pass for the North to cut the South’s lead to 17-10 with 1:03 left in the first half.

To begin the second half Poplarville’s Ahmad Harmon intercepted an Anderson pass and raced 48 yards to end zone to give the South a 24-10 lead with 10:56 left in the third quarter.

“Both teams had great athletes and coaches so I knew it was going to come down to the wire and glad we came out on top,” Earnest said. “Everyone had a lot of fun and no injuries. All these kids have bright futures ahead of them, so it was pleasure coaching this game.”

“The opportunity to coach in the game was a blast and we’ve got some great young men in the North,” said North head coach Tyrone Shorter of Louisville. “The game came down to the wire and we had turnovers that hurt us early on, but in the end it was about having fun.”