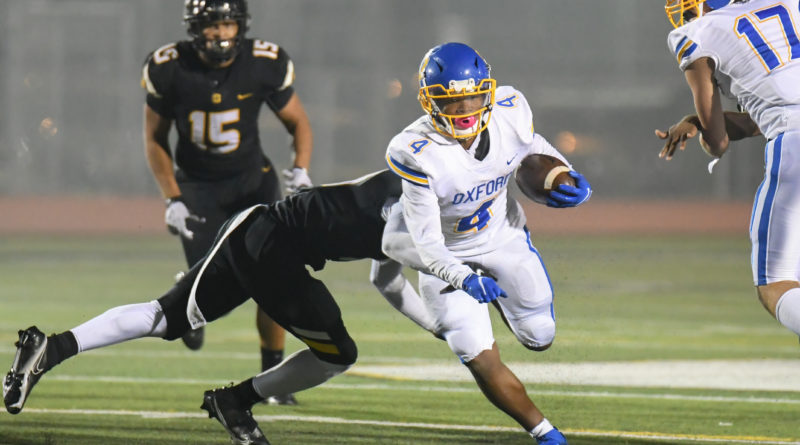 Here’s a look at some of the top high school football performances from across the Magnolia State for Friday, Oct. 22:

Caught four passes for 87 yards and returned an interception 45 yards for a touchdown in a 24-17 loss to Brandon.

Rushed for five touchdowns in a 49-29 win over Pearl River Central.

Racked up 408 total yards and seven touchdowns in a 52-44 win over Houston.

Rushed nine times for 182 yards and four touchdowns in a 70-6 win over West Tallahatchie.

Forced two fumbles and snagged one interception to go along with eight tackles in a 47-6 win over Lewisburg.

Rushed for five touchdowns in the Pirates’ 64-44 win over Northwest Rankin.

Pulled in six catches for 144 yards and two touchdowns in the Crusaders’ 42-36 win over East Marion.

Gregory rushed for 116 yards and scored four touchdowns to lead Oxford to a 42-35 win over Starkville. Gregory racked up nearly 300 all-purpose yards, including a 70-yard punt return for a touchdown.

Was credited with 12 total tackles, including 2.5 for a loss, one sack, two forced fumbles and one fumble recovery in a 20-13 win over Center Hill.