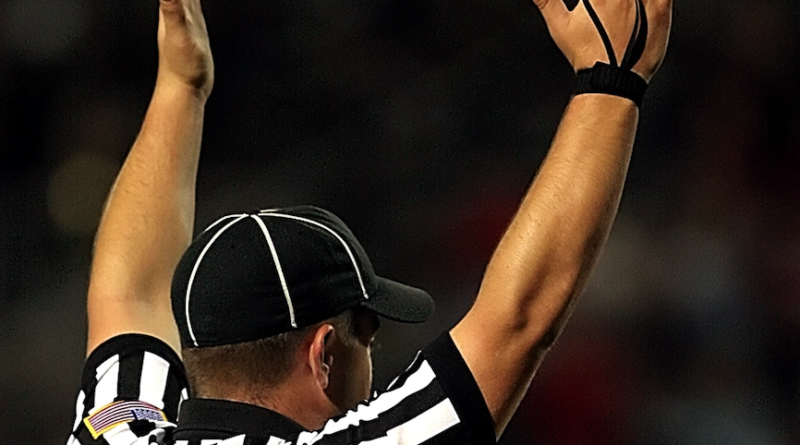 GULFPORT — Prince Cottonham picked the low snap from the center off the turf, placed it upright with the seams facing the goal posts and Daxx Dodson lined up his kick and sent the ball through the uprights for a 26 yard field goal with 43 seconds left in the game to lift Gulfport to a 13-12 win over Harrison Central Friday night.

Kristian Dillard then sealed the win, picking off a desperate Harrison Central pass with only 12 seconds remaining in the game.

Cottonham and Dodson said low snaps occurred frequently in practice, allowing them to practice getting the ball set up for the try. “We go through field goals a lot in practice,” Dodson said. “We’ve learned how to get the ball up and out quickly if there is a bad snap.”

Although the ball skimmed the ground before arriving at Cottonham’s location, he said the snap wasn’t that difficult to handle. “I was able to easily get it down and set it up.”

Dodson said the bad snap did not delay his kick and follow through. “I had trust in Cottonham to set the ball up and I put it through the goal posts.”

With Ocean Springs still scheduled to play St. Martin next Friday, Oct.. 22, Gulfport on Oct 29, and closing the schedule against Harrison Central on Nov. 4, a game moved up a day to limit issues caused by a referee shortage; Gulfport scheduled to play D’Iberville Oct. 22, Ocean Springs, and close the season against Biloxi Nov. 4; and Harrison Central meeting Hancock Oct. 22 before closing the their year against D’Iberville Oct. 29 and Ocean Springs Nov. 4, the Region race is anything but settled.

“We’ve got to come back against Hancock next week and get that fourth win in the region,” said Harrison Central coach Casey Cain, who said he believed that four region wins would get into the playoffs.

Gulfport coach John Archie noted his team’s upcoming games against Ocean Springs, ranked third in Mississippi by Scorebook Live, and D’Iberville. “The region is up for grabs in the next few weeks. We have to keep on working.”

The last minute field goal converted by Dodson was not the first low snap survived by the Gulfport kicking squad.

A minute into the fourth quarter, Gulfport quarterback Jacob Palazzo connected with Tavaris Henshaw on a 74-scoring strike to cut the Rebels lead to 12-9. The ensuing snap was bad forcing Cottonham to abandon the spot for the kick and scramble. Cottonham found Dodson in the middle of the field on a pass, but Dodson fumbled around the 3 with a Gulfport lineman picking the ball up.

After conferring, the officials replayed the down as NFHS Rule 4.2.3 gives the team in possession of the ball, in this case Gulfport, the option from taking the result of the play at the time the whistle was blown, which would have meant the point after try would have failed, or the chance to replay the down.

Given the second chance, the snap on the extrapoint attempt was good, Cottonham placed the ball down and Dodson kicked the ball through to set up the final field goal of the game, his 26-yarder to win the game.

After a slow first half that saw both teams stop themselves on offense numerous times — with Dodson’s 34 yard field goal on the game’s opening drive being the only points scored between the two teams over the first half — the Rebels managed to get their passing game going in the second half and the Admirals managed to put a few plays together on the ground.

The Rebels struck first in the second half, with Christian Turner connecting with Jonavin Khan on an 86-yard scoring strike to put the Rebels on top 6-3. A bad snap kept Harrison Central from converting the point-after, which came back to haunt the Rebels.

As the fourth quarter opened, a Gulfport punt and holding call on the Admirals set the Rebels up at the Gulfport 39. On the second play of the drive, Turner hit Isaiah Atkins on a 30-yard pass play that took the ball to the 8. On the next play, Raymond Collins took the ball the final 8 yards.

Because of the bad snap, the Rebels went for two, but failed on the pass, giving Harrison Central a 12-3 lead. Had they converted the two-point play, the Rebels would have had a two-score lead at 11 points in a 14-3 game.

A good Gulfport punt pinned Harrison Central deep, and a defensive stand and a 29-yard Rebel punt gave the Admirals the ball back at the Harrison 39 yard line with 3:12 left to play.

Two runs from Kieron Jones out of the Wildcat formation and a personal foul after the second run moved the ball to the Rebels 12. Although Harrison Central would keep Gulfport out of the endzone, Dodson was able to convert the field goal for the Gulfport win.

After being held to just 23 yards on seven carries in the first half, Tyler Reed paced the Gulfport offense by breaking off three runs of 15 or more yards in the second half to finish with 126 yards on 19 carries. Brown, running mostly out of the Wildcat, picked up another 67 yards on seven carries. Palazzo finished 7-ot-16 for 128 yards. Henshaw finished with three catches for 88 yards. Tyricus Clark paced Gulfport’s defense with a pair of interceptions.

Turner turned around a slow day, starting 10-of-16 for 55 yards, into a nice night finishing 22-of-37 for 262 yards and a touchdown. Mikuan Sanders was his most frequent target catching seven passes for 34 yards. Khan, though, had the most yards with three catches 115 yards and the score. Atkins added five catches for 77 yards.