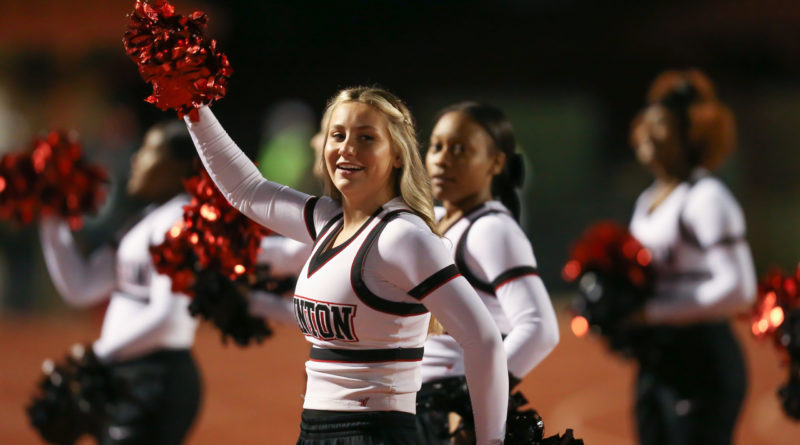 On Friday night, they got it.

Behind the running of Jakobe Calvin and stingy defense, the Arrows ran past Oxford 23-6 in a critical Region 2-6A matchup at Arrow Field on Friday night.

“The kids talked about getting redemption and it was on their minds all week,” said Clinton coach Judd Boswell. “I told the kids at halftime those memories of how they celebrated last year and told them it wasn’t going to happen tonight, and the kids played their tails off.”

It didn’t take long for Clinton to get on the board.

After Oxford turned the ball over on downs on their opening drive at the Clinton 20-yard line two plays later Arrow quarterback Jordyn Battee hit Michael Tripp on a 82-yard touchdown pass to give Clinton a 7-0 lead with 7:43 left in the first quarter.

After Oxford fumbled the ensuing kickoff Calvin scored on a 1-yard to extend the Arrow lead to 14-0 with 4:08 left in the first quarter.

Oxford’s only touchdown came on a 15-yard touchdown run on fourth down by Roman Gregory with 7:43 left in the second quarter to cut the Clinton lead to 14-6.

Clinton extend their lead to 17-6 on a Luke Hopkins 37-yard field with 1:58 left before halftime.

After no scoring in the third quarter, on the third play of the fourth quarter and on fourth down Calvin took the hand off bounced off two would be tacklers and raced 29 yards to end the zone to give Clinton the 23-6 lead with 10:24 left.

“I missed the game last year against Oxford, so I did give them what they missed,” Calvin said. “They had trouble tackling me, offensive line was blocking well. We practiced hard and played well tonight.”

“The kids focused all week and were wanting to go 1-0 this week and that’s what we need moving forward,” Boswell said. “Jakobe did a incredible job and made his presence known in a big way. Offensive line did a great job dominating upfront.”

“When you don’t win the line of scrimmage on either side your going to lose the ball game,” said Oxford coach Chris Cutcliffe. “We never got into a rhythm offensively and a lot of credit goes to Clinton.”

Clinton travels to Grenada next week, while Oxford goes to Starkville.