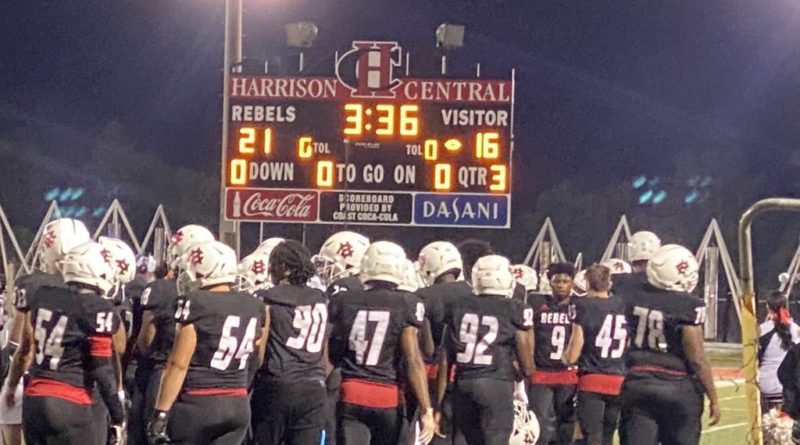 Here’s a look at how the teams in the Scorebook Live Power 10 Rankings fared Friday night:

The Jags took an early lead but the Starkville defense contained the explosive Madison Central running game in the second half and quarterback Trey Petty led an inspiring comeback,. Petty hooked up with Johnathan Lampkin for an 18-yard touchdown pass with 24 seconds left to pick up the dub.

The Saints were scheduled to play Riverside Friday night, but the game was canceled. They’ll return to action against Jackson Academy next Friday night.

The Oak Grove offense showed much improvement as the Warriors took a 37-6 lead before cruising in the second half. Tailback Dontavious Howard led the way with two touchdowns.

David Humphries ran for two touchdowns and Bray Hubbard put together another single-game highlight reel as the Greyhounds raced past Hancock in their Region 4 opener.

The Chargers overcame a slow start to beat the Mustangs by five touchdowns on homecoming. Coach Chris Cutcliffe’s squad put together a festive scorecard with a blocked a punt and touchdown on special teams and a safety on defense.

Lafayette only had six quarters of game film to study in preparation for West Point, but they could have just watched film from the last six years. The Green Wave executed their offense well enough and put the squeeze on the Lafayette defense for four quarters.

Don’t call it a comeback. The Yellow Jackets rallied from a 14-point deficit Friday night, looking very much like the Starkville squad we thought might run the table last season. Trey Petty ran for two scores and tossed two touchdown passes in the final 3:27.

The Tigers led 12-3 at the half, but won much more comfortably than they did last week against Clarksdale. South Panola gets another good test at home next week against Olive Branch.

The Red Rebels took a 27-16 lead into the fourth quarter and held on to pick up their biggest win of the season in their Region 4 opener.

The Golden Wave took a 21-6 lead into the half and pounded previously unbeaten Grenada to pick up the homecoming dub. The play of the game came on Jamaul Edwards’ 99-yard fumble return for a touchdown.