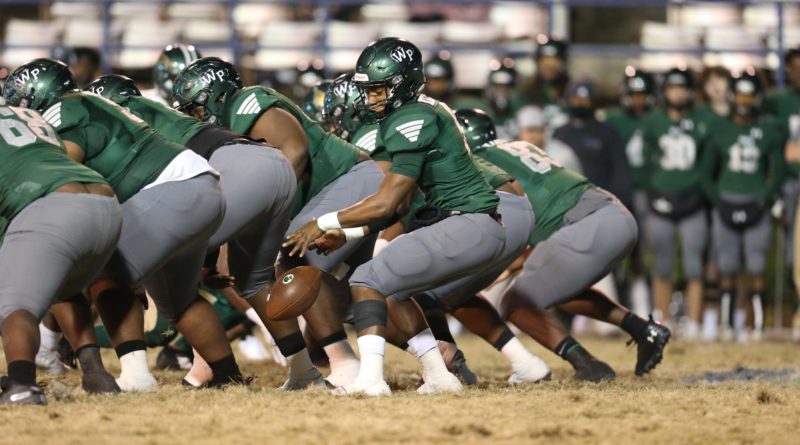 Stop me if you if you’ve heard this before, but West Point is good.

The Green Wave defense dominated Friday night in a 17-0 win over Lafayette County in the Region 1-5A opener for both teams.

“We hustled to the ball and capitalized on some of their mistakes,” West Point coach Chris Chambless said. “We swarmed to the ball on defense and we tackled when we got there. This was still an early game for us and we had a lot of unknowns, but we found some young guys who can step up and play and it’s a great win against a good team.”

Keyshawn Henley busted it wide open late in the second quarter with a 69-yard touchdown run.

West Point nurses a 14-point lead as well as any team in the state, and they did it again against the Commodores (3-2). The defense held Lafayette’s Jay Reed and Trikyus Woodall to 41 combined rushing yards and limited quarterback Charlie Fair to 69 yards passing.

“We just came out flat offensively,” Commodore coach Michael Fair said. “And you can’t do that against a team like West Point. They have a good team again and we made just enough mistakes to keep us ourselves out of the end zone. We have a good defense and we’ll be fine on that side of the ball, but we can’t keep putting them out there in those situations and expect them to keep getting stops.”

West Point added a chip-shot field goal in the second half.

Lafayette’s lone trip inside the red zone in the final two quarters ended at the West Point 17 yard-line when Woodall fumbled. The Commodores finished the night with fewer than 100 total yards of offense.

“So many young guys stepped up for us on defense,” Chambless aid. “Zay Lowry, Corbin Hendrix, Chris Chandler, Chris Ivy. It’s hard to name them all. We were good overall on defense and we were able to overcome the mistakes we made.”

West Point is back in action next week at home against New Hope. Lafayette will host Saltillo.