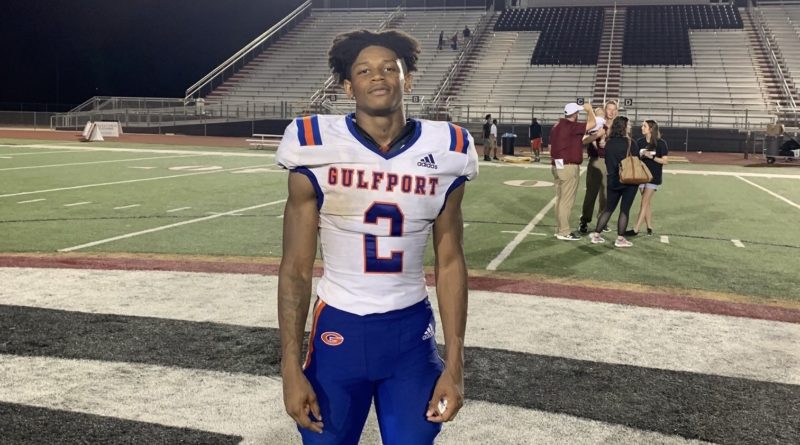 Well, they got it.

Behind a stingy defense and along with the duo of Tyler Reed and Jacob Palazzo, the Admirals raced past Germantown 34-13 on homecoming at Maverick Stadium on Friday.

“This is a big win for us. We’ve been challenging the guys to play a complete game for four quarters and tonight they finally did,” said Gulfport coach John Archie. “We needed this one bad especially on the road.”

The first quarter was scoreless. Germantown turned the ball over three times, including on the first play of the game and on a play as the running back was stripped heading into the end zone.

Gulfport capitalized on the third Germantown turnover as Reed scored on a 5-yard run to give the Admirals a 7-0 lead with 11:16 left in the second quarter.

Germantown quickly tied the game at 7 on Tykwon Wade 96-yard kickoff return for a touchdown with 11:03 left in the second quarter.

Gulfport regained the lead at 14-7 on a 1-yard run by Niko Williams with 8:17 left before halftime.

The Admirals extended their lead to 21-7 on the first play of the second half as Palazzo hit Gavin Brown on a 68-yard touchdown pass with 11:35 left in the the third quarter.

Reed added a two-yard touchdown run with 8:16 left in the third quarter to extend the Gulfport lead to 28-7.

Reed added his third touchdown of the game on a 2-yard run with 11:09 left in fourth quarter.

Reed finished with 113 yards rushing on 27 carries with three touchdowns.

“Can’t do it without my team and offensive line and they did a good job blocking,” Reed said. “We did a good job tonight of executing and playing as a team.”

“Defense played lights out and played well the whole game. Tyler has been working hard every day and it’s good to see him do well,” Archie said. “Now it’s time for district and we’re on a mission to take back what is ours in Region 4-6A.”

Jeremiah Washington had a 7-yard touchdown run for Germantown.

“We didn’t really do anything offensively and didn’t do things to help ourselves,” said Germantown coach Scott Brown. “We couldn’t get the big play we needed on offense tonight.”