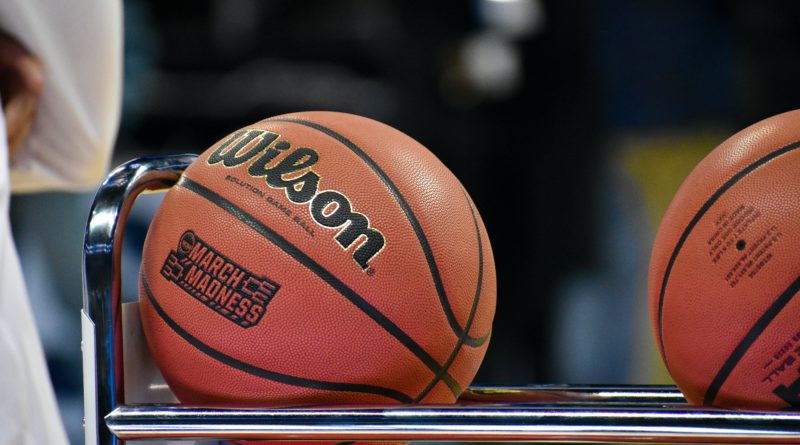 PETAL – It may be time to start thinking seriously about the Petal boys as a legitimate championship contender in Class 6A.

Four days after knocking off Meridian in overtime, the Panthers took down another ranked team in another thriller, coming from behind in the fourth quarter to defeat Brandon 63-60 at the Petal gym.

“They can think what they want about the rankings,” said Petal senior Zay Fortenberry. “They just have to come out and watch us play and see what they can see.”

The Panthers did it with a suffocating defensive performance in the final period, holding the Bulldogs to just seven points on 3 of 19 shooting from the field.

“Just locking in and knowing our rotation on defense,” said first-year Petal coach Brandon Jennings. “That’s one of the most athletic teams in the state, and I thought our guys battled their butts off to get back in the ball game, take the lead and hold the lead. That was a big-time win for us.”

After a frantic first quarter that saw three ties and four lead changes, Brandon appeared to take command in the second quarter.

Senior Isaiah Morey hit a 3-point shot late in the first quarter to get the Bulldogs going on an 11-2 run, punctuated by an alley-oop slam dunk by senior Terrell Dixon midway through the second quarter.

After leading 17-14 after the first quarter, Brandon built its biggest lead late in the half, when junior Isaiah Davis got a steal and an uncontested fast break layup to put the Bulldogs up 32-21.

“I thought our bench game us some key minutes in the first half after Cam (Lewis) got into foul trouble,” said Jennings. “I guess we’re kind of the comeback kids. We’ve been down a lot of games this season, but we’ve found a way.”

However, Petal finally found the range from beyond the arc in the final minute of the period, after the Panthers had missed their first six shots from 3-point range.

Fortenberry swished a 3-pointer from the left baseline, and after the Bulldogs missed a trey at their end, senior Jamar Jenkins connected from the right wing for another 3-point shot to pull Petal to within five points.

That set the stage for a wild third quarter that saw both teams trade offensive haymakers. Brandon converted 8 of 14 shots from the field (57.1 percent) in the period, and the Panthers were almost as good, hitting 10 of 18 (55.6 percent).

“We had to find our momentum,” said Fortenberry. “We’re a third-quarter team. We come out of the locker room with a different kind of intensity. We were down big in the ball game, and we had to turn it around.”

The Bulldogs hit their first three shots from the field, taking a 41-32 lead on a 3-pointer by Davis, but Petal was able to chip away at the margin.

Fortenberry got free in the lane for a five-foot jump shot, then rammed home a putback to cap a 7-2 run.

Davis answered with an eight-footer and senior Ismail Rashid connected for a 3-point shot after the Bulldogs rebounded a missed trey by the Panthers to regain the nine-point advantage.

But, again, Fortenberry delivered for Petal, nailing a 3-ball from the right corner with 2:48 to play in the quarter, and the Panthers converted four of their last five shots to only trail 53-50 heading into the final period.

In all, Fortenberry scored 12 of his team-high 17 points in the third quarter.

And that’s when 6-foot-6 Christian Parks stepped up on offense. Parks was a force throughout the game on defensive end, with eight blocked shots for the game (to go with a pair of goal-tending calls).

“I started off slow, then they got a big lead, and I knew we had to play hard and play stiff defense,” said Parks. “(At halftime) we knew they couldn’t handle the press too well, so we decided to put the pressure on in the third quarter.”

Fortenberry cut Brandon’s lead to one with a three-foot jumper from the baseline, then 6-4 senior Cam Lewis, who battled foul trouble in the first half, hit another baseline jumper to put the Panthers ahead for the first time since the first quarter.

Rashid regained the lead for the Bulldogs with a drive down the lane for a layup, but Parks responded with a putback to give the lead back to Petal, 56-55.

Morey converted one of two foul shots – the only successful free throw in six tries for Brandon in the fourth quarter – then put the Bulldogs ahead one final time with a 10-footer from the left side.

And it was Parks who put the hammer down for Petal.

Parks stuck a reverse layup to tie it up, got a block on defense to deny the Bulldogs and he was on the receiving end of a thunderous slam dunk on a fast break that brought the boisterous Panther crowd into an uproar.

“He’s one of the top shot-blockers in the state, and the guys in front of him know it,” said Jennings. “That’s why they play so hard in front, because they know that if their guy gets by them, Chris is going to be there to protect the rim.

“I thought he did a great job running the floor there at the end, and Jamar found him for a huge dunk, which was a big momentum swing for us.”

Parks cleaned up the defensive glass on a 3-point shot, and the second of two tries after the Panthers missed on their end. Jenkins drew a foul with 17.1 seconds to play and hit both foul shots to give Petal a four-point margin and that was enough to secure the victory.

Afterwards, Parks wasn’t sure he wanted the spotlight on Petal just yet, rather than continuing to fly under the radar. But after two milestone wins in their last two games, the secret is out.

“I think we’re starting to get some respect,” Parks said finally.

Morey led Brandon with 19 points and Rashid finished with 18 points. Jenkins had 13 points and Parks had 12 points to go with his eight blocks.

Petal will be back at home on Friday, hosting archrival Oak Grove, while Brandon entertains Meridian, also on Friday.

“We play in the hardest region in the state,” said Jennings. “There will be a really good team, a Top 10 left home after our region tournament.”

In the girls game, it was all Brandon from start to finish, as the Lady Bulldogs rolled to a 60-20 victory.

Marley Freeman had 19 points, Kynnedi Davis had 18 points and Jadyn Ragland had 16 points for Brandon. Ebony Hinton had six points to lead Petal (5-7, 0-2).