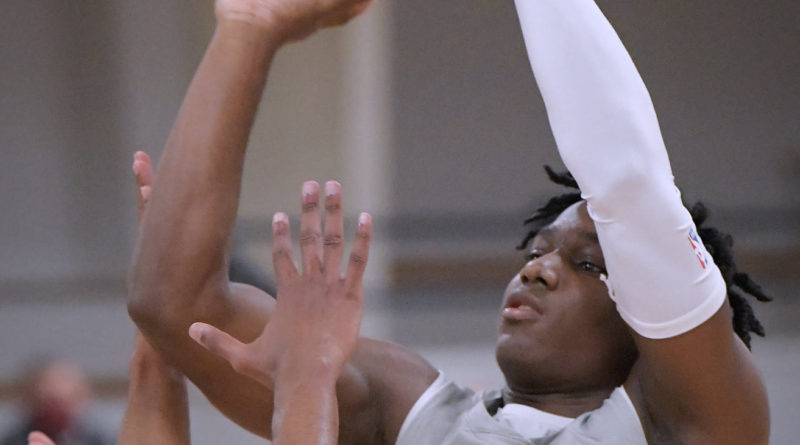 MADISON — It came down to very end, but Madison-Ridgeland Academy pulled it out.

With 9.7 Points seconds left on the clock, MRA’s Harrison Alexander missed a pair of free throws, but Jackson Prep’s Luke Segrest missed the potential game-winning shot as time expired, and MRA held on to take a 53-52 win over rival Jackson Prep in a key all-Patriot MAIS Class 6A conference matchup on Tuesday night.

“They out hustled us and played really well and we couldn’t hit a free throw,” said MRA coach Richard Duease. “We had the guys we wanted at the line and they missed. Hopefully this a learning experience to do better the next time.”

MRA held a commanding 39-24 lead midway through the third quarter, but Prep guard Cam Brent scored 10 of the Patriots final 13 points in the quarter to cut the MRA lead to 44-37 heading into the fourth quarter.

In the final quarter, Alexander hit a three-pointer to extend the Patriot lead to 51-41, but back to back baskets by Brent and Walker Craddock for Prep cut the lead to 51-45 midway through.

In the final two minutes of the game, MRA went 2-for-8 from the free throw line, while Brent made 4-of-5 free throws and Lampton Moore hit a corner three-pointer with 11.3 seconds to cut the MRA lead down to 53-52.

After Alexander missed both free throws, Segrest got the rebound and got to the elbow, but his shot hit the back of the rim and bounced off as time expired.

“We were in a situation where we wanted to go downhill and get into the paint and chance for a kick out or a foul,” said Jackson Prep coach Tim Wise. “They got up 15, and we chipped away to get back in the game. I’ll take that shot from Luke any day of the week. It was a good look.”

Josh Hubbard, the state’s top recruit for the Class of 2023, had a game-high 32 points to lead MRA, including 23 points in the first half and scored all of the Patriots points in the second quarter (16).

“First quarter was frustrating I missed some shots, but I got some good teammates and in the second quarter I got going,” Hubbard said. “We got lazy defensively in the fourth quarter and they made shots. We got to stay together as a team and tonight we got away from that a little tonight, but we will be better.”

“We got to stop overlooking people and we got to have other guys step up and make shots,” Duease said. “We beat all these good teams earlier in the year, but we got good teams in our league and we have to bring our best every night.”

“We had to mix things up in the second half defensively at Hubbard and make the other guys beat us,” Wise said. “Cam was special for us tonight and tonight we felt like we ran out of time. We will bounce back and get ready for the next one.”