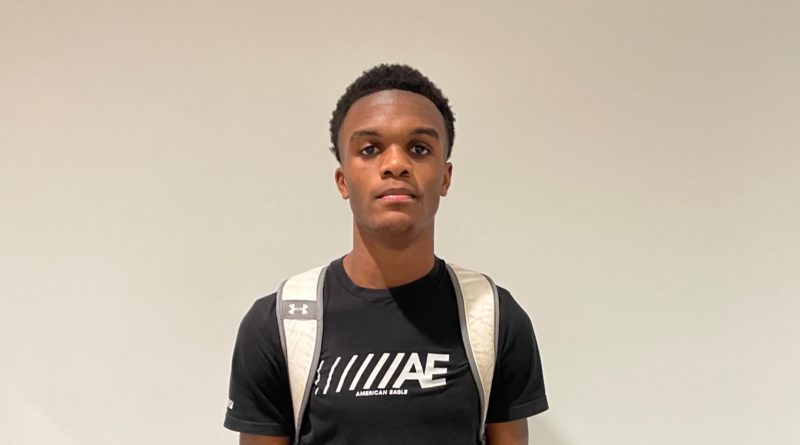 RIDGELAND — Ridgeland is built around defense.

It showed on Thursday night.

Behind a stellar defensive performance in the fourth quarter, Amare Holmes and Kendarius Sims did just enough offensively to lift the Titans past two-time defending Class 3A state champion St. Andrew’s 50-37 in the final non-conference game before both teams begin district play next week.

“Our defense is what gave us a chance and turned it on at the end and once we get out in transition we’re a real good team and can be hard to stop,” said Ridgeland head coach Terron McIntyre. “If we can put four solid quarters together we will be alright.”

St. Andrew’s, who played their first game since Dec. 9, came out firing and jumped out to a 7-0 lead, but Ridgeland out-scored St. Andrew’s 9-2 to end the first quarter to cut the Saints’ lead to 10-9.

The second quarter is when the Titans got going, as Ridgeland began the quarter on a 9-0 run to take a 18-10 lead and held a 24-18 lead at halftime.

In the third quarter, Holmes made three straight three-point baskets to give Ridgeland a 35-27 lead, but St. Andrew’s got back to back three pointers from Jake Dowdell and Jameson McMillan to cut the Titan lead to 35-33 heading into the fourth quarter.

Ridgeland went on a 7-2 run to begin the fourth quarter to extend their lead to 43-35.

The Titans only allowed St. Andrew’s to score four points in the fourth quarter.

“Good win for us against a very good quality team,” McIntyre said. “We start district play next week, so we’re trying to win a district championship and get in the playoffs and it starts next Tuesday against Canton.”

Holmes had a game-high 19 points to lead Ridgeland, while Kendarius Sims added 13 points for the Titans (12-6).

“Just like practice, if you make shots in practice it’ll happen in the game,” Holmes said. “Scoring is not a problem for us, it’s just our defense generates our offense and when we can get out in transition and make shots it’s hard to stop us.”

“We weren’t real consistent on the offensive end and their defense had a lot to do with that,” said St. Andrew’s coach Russell Marsalis. “Defensively they are the best team we’ve faced this year because they way they guarded us, but we needed a game like that before district play because now everyone is 0-0.”