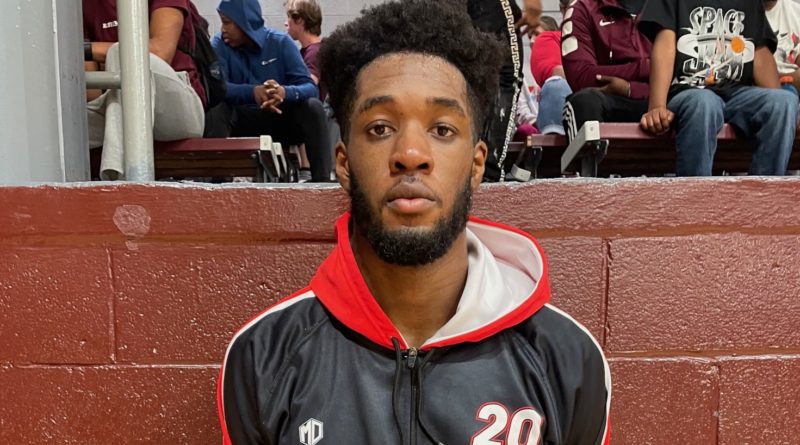 PUCKETT — The tandem of Jaylan McNair and Carter Mullins have been hard to stop all year.

It was no different on Tuesday night.

Behind a strong third quarter Florence was able to get past Vancleave 86-71 in the Puckett Holiday Tournament.

“We hadn’t played in a couple weeks, so we came out sluggish, but once we got going in the second half we started playing our style of basketball,” said Florence coach Darrin Chancellor. “Carter and Jaylan have been carrying us all year and if the other guys can contribute we will be hard to stop.”

Vancleave controlled the game early on as the Bulldogs held a 15-12 lead at the end of the first quarter.

In the second quarter Florence opened the period on a 7-0 to take a 19-15 lead, but Vancleave would outscore the

Eagles 21-13 to end the first half up 36-32.
Midway through the third quarter McNair scored eight consecutive points for Florence and a three-pointer by R.J.

Florence ended the third quarter up 56-51 with McNair scoring 12 points in the quarter and the Eagles never trailed the remaining of the game.

“We had to come out stronger in the second half,” McNair said. “Coach challenged us halftime and we accepted it. Me and Carter are the leaders and when the team needs us we know we have to step up.”

Mullins finished with a game-high 32 points and was named the games most valuable player.

“Just finally got going in the second half with getting stops on defense and making shots on offense,” Mullins said. “We just had to step up. Me and Jaylan worked hard together and he’s tough to guard him on the inside and me on the perimeter, so we just have to continue to work.”

Oscar Hampton had 23 points to lead Vancleave, while Kade Medlen added 15 points for the Bulldogs.