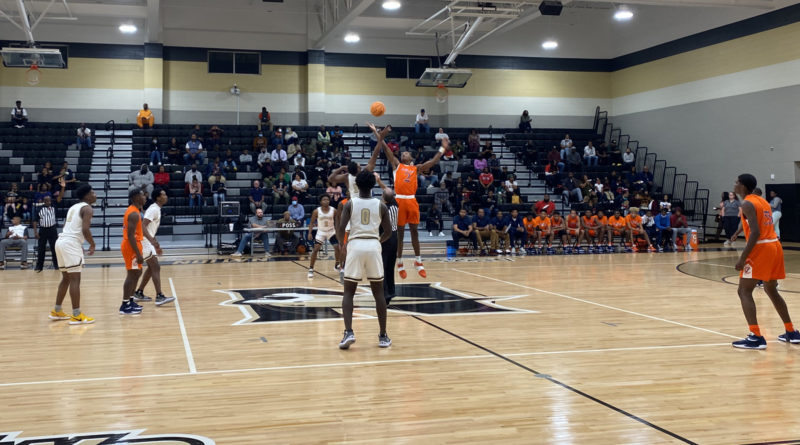 FLOWOOD — Northwest Rankin has never been mistaken for a “basketball school,” but 13 games into the 2021-2022 season, fourth-year coach Josh Luckett has the Cougars believing.

Ninth-ranked Northwest Rankin hit the double-digit mark in wins Tuesday night in front of a good crowd in Flowood with a tougher-than-it-looked 67-53 win over the Callaway Chargers. The Cougars led 11-6 after one quarter, 29-21 at the break and 45-38 after three. Davion James led the way with 18 points, while Brendan Brown chipped in 12.

It’s been a familiar recipe for Northwest Rankin, which was without two starting guards —senior Kameron Jones and junior LaVionne Lindsey.

“We’re missing both of those guys right now and we won’t get them back until the second or third week of January, but we’re still finding ways to win games,” Luckett said. “That’s got to be a good sign for us. We’ve got a lot of seniors and they’ve played in a lot of big games the past three years, and things have just started to click for us. Now we’re having a little fun with it, knocking off some of the big boys.”

The Cougars’ three losses came against Brandon, Starkville and Provine. Their 10 wins are as impressive as anyones — their victims include perennial powerhouses Florence, Raymond, Velma Jackson, Madison Central and, after Tuesday, Callaway. They are also the only team that has beaten third-ranked Meridian.