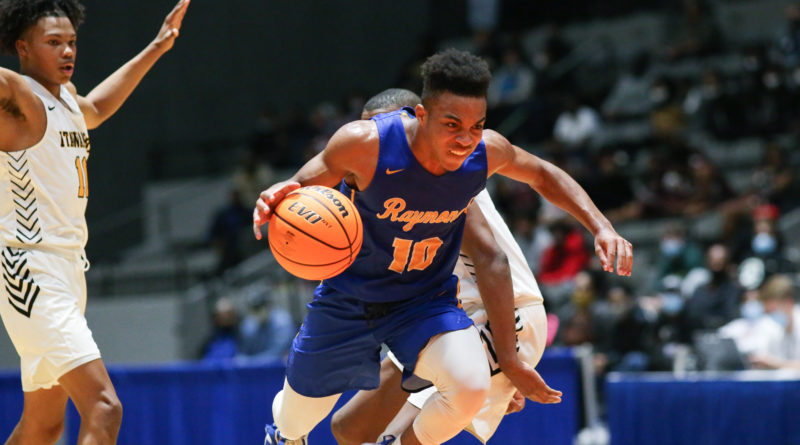 JACKSON — For the fifth year in a row Raymond is back in the state championship game.

Behind the play of point guard Tremaine Dixon the Rangers got past Itawamba AHS 55-37 in the semifinal round of the MHSAA Boys Class 4A playoffs on Monday night at the Mississippi Coliseum.

The Rangers (22-5) will face Lanier for the Class 4A State Championship on Thursday night at 7 p.m.

“We know late in the season and early in the playoffs when you get into an arena like this you have to make free throws,” said Raymond coach Tony Tadlock. “We stress that so much, so having Dixon and (Jabarie) Robinson at the line down the stretch was big time.”

The Rangers held a 15-8 lead after the first quarter, and increased their lead to 25-9 midway through the second quarter. Itawamba AHS ended the first half on a 6-0 run to cut the Rangers lead to 25-15 at halftime.

Midway through the third quarter Raymond extended their lead out to 15 points at 36-21 and held a 38-27 advantage heading to the fourth quarter.

Itawamba AHS cut the Raymond lead down to four points at 39-35 off a 3-pointer by Caden Prestage with six minutes left in the game. From that point on, the Indians were held to just two points as Raymond ended the game on a 16-2 run.

Raymond went 14-for-15 from the free throw line to end the game.

Dixon finished with a game-high 22 points to lead the Rangers.

“The first half I started off real slow just to try to get the flow of the game,” Dixon said. “Took a big emphasis on getting teammates involved and making free throws.”

“I knew we had a chance to be special,” Tadlock said. “Our two guards are special, but we had young guys that stepped up. Excited to be playing for another championship Thursday.”

Caden Prestage had 10 points to lead Itawamba AHS. The Indians finish the season 22-6.