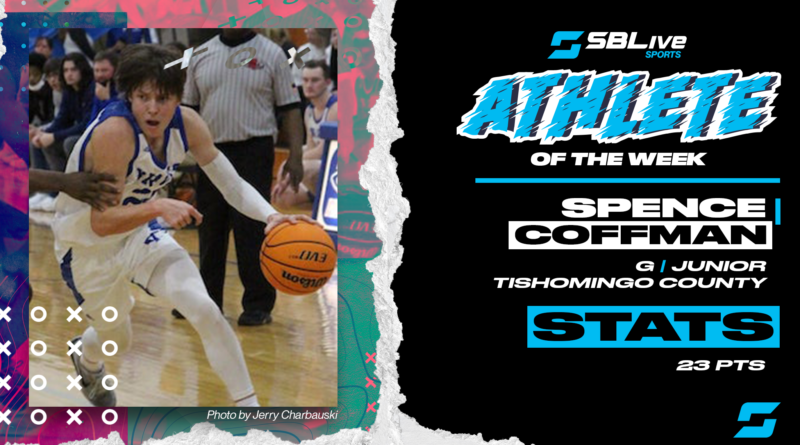 Coffman received 43.02% of the vote, beating out Neshoba Central’s Bryceton Spencer, who finished with 29.36%. Corinth’s Andre Adams finished third with 15.54% and East Webster’s Cael Chrismond was fourth with 6.66%. There were over 82,000 votes tallied this week!

Andre Adams, Corinth: Adams had a double-double with 11 points and 10 rebounds in Corinth’s 65-60 overtime loss to Tupelo.

Derryon Gray, Enterprise: Gray scored a game-high 23 points to lead Enterprise to a 53-49 win over Mize.

David Harbour, Tupelo: Harbour came off the bench to score 12 points to spark Tupelo to a 65-50 overtime win over Corinth.

Jarquez Hunter, Neshoba Central: A few hours after signing with Auburn football, Hunter scored 12 points to help lead the Rockets to a 60-52 win over Madison Central.

Eli Mabry, Enterprise: Mabry, a senior, scored 15 points to eclipse the 1,000-point mark for his career in Enterprise’s 53-49 win over Mize.

Khirei Standifer, Smithville: Standifer racked up 21 points, 8 assists and 7 steals in a win over Mooresville on Thursday.