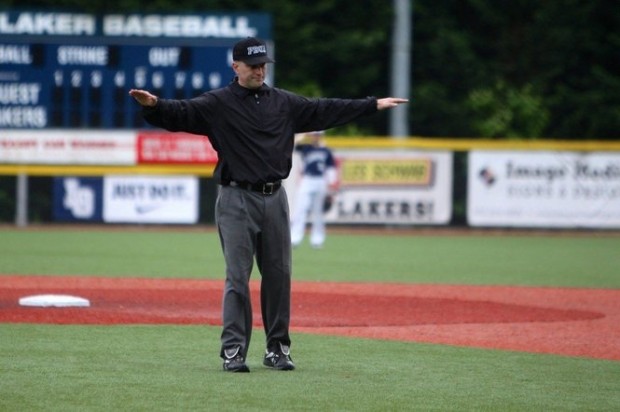 MAGEE — Magee pitcher Adam May wanted to make his last high school start at home one to remember.

After Thursday night, it’ll be hard for anyone to forget.

May tossed a complete game with 11 strikeouts and also had two hits at the plate to help lead the Magee Trojans past Clarkdale 6-2 in Game 1 of the MHSAA Baseball Class 3A South State Championship series at Trojan Field on Thursday night.

Game 2 will be played on Saturday night at 6 p.m. at Clarkdale.

“Adam had a lot of control tonight and he found the zone early and his breaking ball was working,” said Magee coach Allen Eubanks. “We got the hits when we needed too and glad to get this one at home.”

Magee (26-5) struck first in the bottom of the first, as Chandler Pittman scored on a wild pitch to give the Trojans a 1-0 lead.

Clarkdale tied the game 1-1 on a throwing error in the fourth inning. The Bulldogs took a 2-1 lead in the top of fifth on a RBI single by Cal Culpepper.

In the bottom of the fifth, Magee responded with three runs to take a 4-2 lead on back-to-back RBI groundouts, and Brennon McNair scored on a wild pitch.

“We told the guys to look for the fastball and don’t chase anything outside of the zone,” Eubanks said. “We had a pretty good approach at the plate. Tried to stay the inside and got line drives in the gap and we hit the ball on the ground we have a chance.”

In the sixth, Cayden Bridges had a RBI triple to center, and Pittman followed with a RBI single to left to give Magee the 6-2 lead.

May (9-1), a Mississippi Gulf Coast CC signee, tossed a complete game, scattered four hits, walked one and struck out 11.

“I just went out there and tried to throw strikes and not walk anyone. ,” May said. “It wasn’t easy — they had a few hits and I was able to get out of it. We were down there in the fifth and had to get the momentum back and we were able to get some key hits. Now we have to chance to close the series on Saturday and head to Trustmark.”

Culpepper (6-3) took the loss for Clarkdale. Austin Freeman had two hits to lead the Bulldogs (28-6).

“We let the game get too fast for us on defense and gave up some runs,” said Clarkdale coach Scott Gibson. “Now all we can do is put this one behind us and be ready for Saturday at home.”