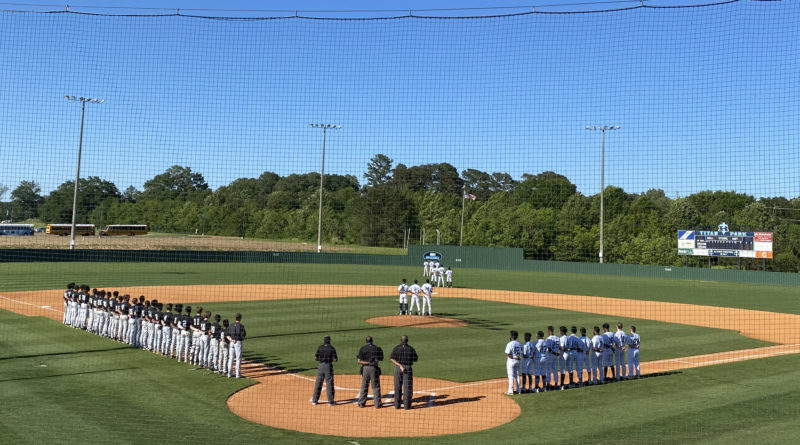 The third round of the MHSAA 5A baseball playoffs are in the books, and we’ve got some exciting matchups coming in the North and South State Finals.

Here’s a look at how the third-round matchups played out, and where we stand in the 5A playoffs headed into next week.

Lafayette jumped all over Ridgeland in the first game of the series, plating four runs in both the fourth and fifth inning for a 10-1 win.

Elijah Thompson and Tyrus Williams both drove in a pair of runs, and Blake Loper got the complete-game win. He gave up just five hits in seven innings with one walk and three strikeouts.

Lafayette walked off with the 3-2 win in Game Two when Loper singled to center field to bring Thompson home from third base in the bottom of the seventh.

Wilson Varner went the distance on the mound. He gave up two runs on nine hits without issuing a walk and struck out six batters, narrowly defeating Ridgeland’s Jarvis Woody, who held Lafayette to two earned runs on nine hits and two walks.

Jake Scott was a one-man wrecking crew in Center Hill’s 10-1 win in Game One. He drove in five runs on three, including a double to pace the Mustang offense.

Collin Clark held Saltillo to one run on five hits with a walk and five strikeouts over seven innings of work to get the win.

Saltillo led what was a close, 2-1 game through five innings before exploding for six runs in the sixth inning and eight more in the seventh.

Luke Wood and Daniel Meeks each drove in three runs, and John Long finished a home run short of the cycle.

Ben Webb got the win on the mound. Neither of the runs he gave up were earned, and he limited Center Hill to two hits and three walks, striking out eight.

The Tigers erased an early 1-0 deficit and took the lead in the bottom of the sixth to beat Center Hill 2-1 Saturday at Saltillo.

Jake Prather singled, stole second and came around to score on Evan McCarthy’s RBI single in the third to tie the game at 1-1. Matthew Roncalli put himself in scoring position with a two-out double in the sixth, and McCarthy followed with another double to get the lead.

Ian Dillon got the win for Saltillo, going seven innings and giving up one unearned run on five hits and a walk with eight strikeouts. He outdueled Center Hill’s Christo Peeks, who held Saltillo to two runs on 10 hits in six innings of work.

Francisco Elvira provided the sacrifice fly in the top of the seventh to help West Jones to a 4-3 win in the opening game of the series.

Cole Tolbert pitched all seven innings without giving up an earned run, striking out 10 batters and giving up just three hits and issuing two walks.

Kace Matthews kept East Central at bay in Game Two, going the distance to get the 9-2 win.

Matthews struck out nine batters and gave up two runs on five hits and one walk. Clayton Widener doubled and drove in three runs, and Lawson Odom went 3-for-4 with a double and two RBIs.

Hollis Porter homered for East Central, but six different pitchers couldn’t figure out the West Jones lineup, and starter Cole Tillman got saddled with the loss.

Pascagoula trailed 2-0 in the first inning and got out-hit 12-4, but they pulled out Game One thanks to a big sixth inning with four runs en route to a 5-2 win.

The Panthers (19-15) sandwiched singles from Rhodes Randle and Griffin Wells around a double from Angel Solivan to get things going, and got an insurance run when Keilon Parnell laced an RBI single back up the middle.

Brayden Scott picked up the win, allowing two runs on 12 hits and no walks with six strikeouts.

Griffin Wells threw a gem in Game Two of the series to get the 2-0 win. Wells gave up one hit in seven innings, walked three and struck out 11 Blue Devil hitters.

Houston Johnson doubled to drive home one run in the third inning, and Keilon Parnell scored from third on a wild pitch in the fifth.