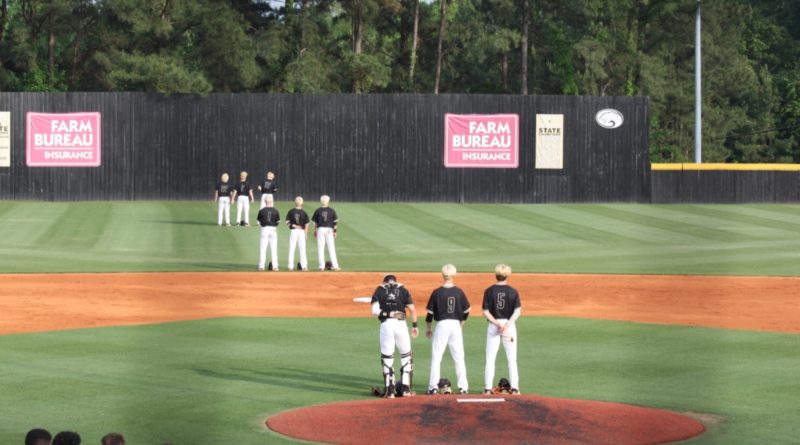 FLOWOOD — The Cougars are going to South State.

Behind the hitting of Luke Lycette and Brice Ainsworth, Northwest Rankin did just enough to get past D’Iberville 6-4 to sweep the third-round series in the MHSAA Class 6A Baseball Playoffs on Friday night at Jeff McClaskey Stadium.

With the win, the Cougars (25-6) will advance to face the Oak Grove-Pearl winner next weekend for the Class 6A South State Championship.

“We told them coming into the game they were a team fighting for their lives,” said Northwest Rankin coach K.K. Aldridge. “They hit us in the mouth early, and we were able to respond back. Good teams respond and find a way to win and we did that tonight.”

Everytime D’Iberville would take the lead, Northwest Rankin had an answer.

The Warriors jumped out to a 2-0 lead in the top of the first inning, highlighted by a RBI double to left center by Marquette Scott.

Northwest Rankin put three runs on the board in the bottom of the first on an RBI fielder’s choice from Brady Thomas, a wild pitch and an RBI double from Brice Ainsworth to take a 3-2 lead.

D’Iberville scored two more runs in the top of the third inning on a RBI single by Blake Gollott and a throwing error to take a 4-3 lead.

The Cougars answered with two more runs in the bottom of the third on a two-run double by Ainsworth to take a 5-4 lead.

Nick Monistere had a RBI double in the fourth to give Northwest Rankin the 6-4 lead.

“I don’t think it was our best effort tonight but we found a way to win,” Aldridge said. “Powell Ingram did a great job in relief and works the strike zone well and let the defense play behind him. Now we get to move on to the next round.”

Powell Ingram got the win in relief for Northwest Rankin. He worked the final four innings without giving up a run, allowing just two hits and striking out four hitters without issuing a walk. Luke Lycette had three hits and Ainsworth had two doubles with three RBI’s to lead the Cougars offensively.

“Saw the baseball well last night and tried tonight to see more pitches and just put the ball in play,” Lycette said. “They punched us in the mouth early and we responded throughout the game.”

“Thought the guys played well and we pitched a lot better than last night,”said D’Iberville coach Cragin Gilbert. “When you get to this level teams are going to hit back and forth and they made more plays than we did tonight.”