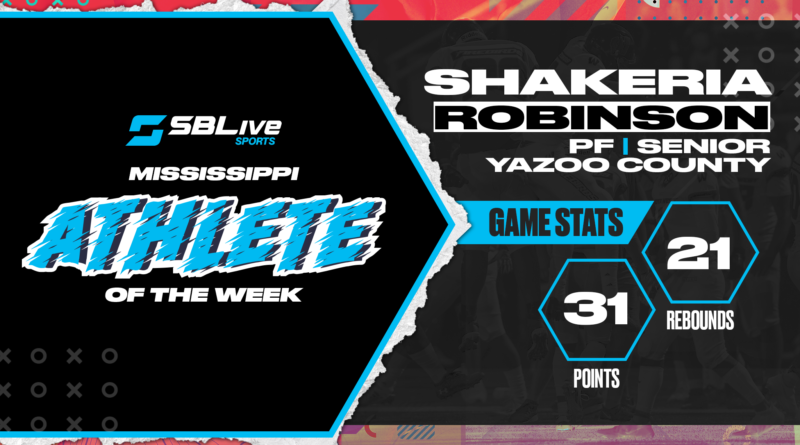 Robinson received 52.37% of the vote, beating out Starkville Academy’s Jarius Jordan who finished second with 38.35%. Ingomar’s Macie Phifer finished third with 6.34% and East Webster’s Chandler Hodges finished fourth with 2.11%. There were over 33,000 votes tallied this week!

Kinsley Gordon, Myrtle Girls Basketball: Had 31 points, 8 rebounds, and 3 assists in a 63-37 over Falkner.

Elise Jackson, Purvis Girls Basketball: Jackson had 21 points and 6 rebounds in a 68-25 win over Sacred Heart.

Adin Johnson, Ingomar Boys Basketball: Scored 37 points, including 7 three-pointers in a 67-53 win over Saraland in the Admiral’s Classic at Bayside Academy.