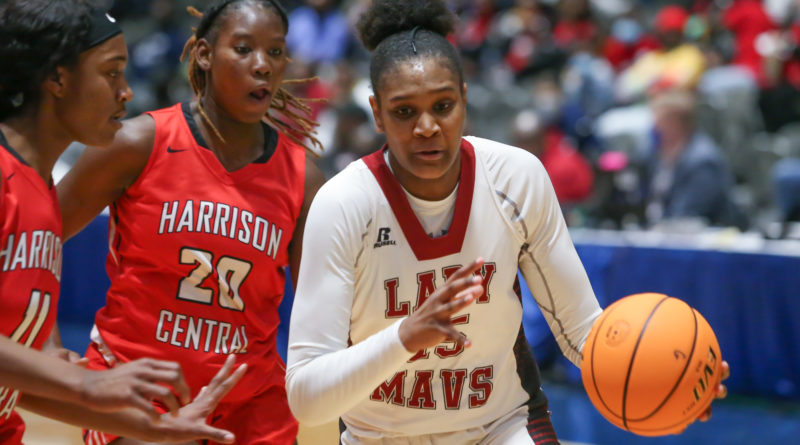 With the 2021-22 Mississippi high school girls basketball season in full swing, it’s time to take a look at some of the top players in the state.

Here’s a look at 20 girls basketball players to watch this season.

Andrews was a star as a junior last year, averaging 13 points and 5.5 rebounds a game and leading Holmes County Central to the 5A Championship Game. She was the leading scorer in that game with 11 points and was named Second-Team All-State by SBLive.

She may be just 5-foot-7, but Banks makes up for her size with determination. Through seven games, she’s averaging 20.7 points and 8.9 rebounds a game with 22 steals and 15 assists.

Beeman, a 5-foot-7 guard/forward, had a huge impact at Pelahatchie as a junior last year helping the Lady Chiefs to a 10-10 record and a 2A Playoff berth. She signed with Jones County Junior College.

Arguably the most exciting prospect in the state, Booker is back for her junior year after being named to First-team All-State by SBLive as a sophomore last year. She was clutch for Germantown down the stretch, averaging more than 20 points a game and helping the Lady Mavericks to the 6A title game.

Bostic was a machine for Quitman last season, averaging 17.1 points and 12.7 rebounds a game and helping the Lady Panthers to a 16-4 record and the third round of the 4A State Tournament. She was named Second-Team All-State by SBLive last year. Bostic is currently committed to Jones County Junior College.

Brooks should be a familiar face after earning SBLive First-team All-State honors as a junior last year. She led he Lady Warriors to the 4A Championship game, where she was named MVP in Pontotoc’s 55-52 win over Choctaw Central. She’s currently committed to Alabama State.

Basketball fans in Mississippi should be well-acquainted with Neshoba Central’s 5-foot-8 guard by now. She burst onto the scene in 2018, when she averaged 8.1 points a game for the Lady Rockets, and has averaged 16.3 points a game or better every year since.

Hayes was an absolute stud on the volleyball court this year, but she’s just as valuable on the hardwood in basketball. The 6-foot-1 forward averaged nearly 20 points a game as a junior last year. She’s signed with Northwest Community College to play volleyball next year.

The 5-foot-8 Jackson has picked up right where she left off last season, when she averaged 16.4 points and 5.6 rebounds a game. Through the first eight games (all wins for the Lady Tornadoes), Jackson was averaging 20.6 points and six rebounds.

Keats, a 5-foot-8 guard, should fit in nicely after transferring from Choctaw County to Neshoba Central. She was averaging 12.2 points through the first six games this year.

The 5-foot-5 Malone is a scoring machine for the Lady Indians. She averaged 17.2 points a game as a junior last year, and scored 62 points in her first three games as a senior this year.

Miller played a big role for Nettleton last season, but she’s off to an even faster start in her senior year. Through the first three games, the Lady Tigers’ 5-foot-10 swing player was averaging 22 points and 10 rebounds a game.

Pegues played a critical role all season, but she really showed up when it mattered — she scored 28 points and pulled down nine rebounds in a 66-62 win over Germantown to help Olive Branch to a 3-peat in the 6A Championship.

Meridian’s 6-foot-1 forward is a force on the court. She averaged 19.2 points and 10.3 rebounds per game as a junior and is primed for an even bigger senior season. She’s committed to Mississippi State University.

Germantown’s other splendid forward is a 6-foot sophomore who earned Honorable Mention on the SBLive 2021 All-State team. How athletic is she? On top of being the Lady Mavs’ second-leading scorer, she’s also the state’s reigning high-jump champion.

The 6-foot-2 senior earned Honorable Mention on the SBLive 2021 All-State teams as a junior after averaging 13.8 points and 11 rebounds a game. Through the first four games this season, she was averaging 15.3 points and 13.5 boards.

The 5-foot-9 Walker averaged 11.5 points and five rebounds a game to help Clinton to a 13-6 finish a year ago, and she’s back for more as a senior.

Hannah Campbell stole the spotlight last season with her excellent play down the stretch, but New Site probably doesn’t win the 2020-2021 2A Championship without Whitley, who averaged 15.7 points and 8.2 rebounds a game as a junior last season.

Vuncannan is one of the most sound guards in the state at 5-foot-8. She averaged 13.3 points and seven rebounds a game last season, and she’s raised her level of play even more as a junior. Through the first four games, she was averaging 30.5 points and 10.5 rebounds.