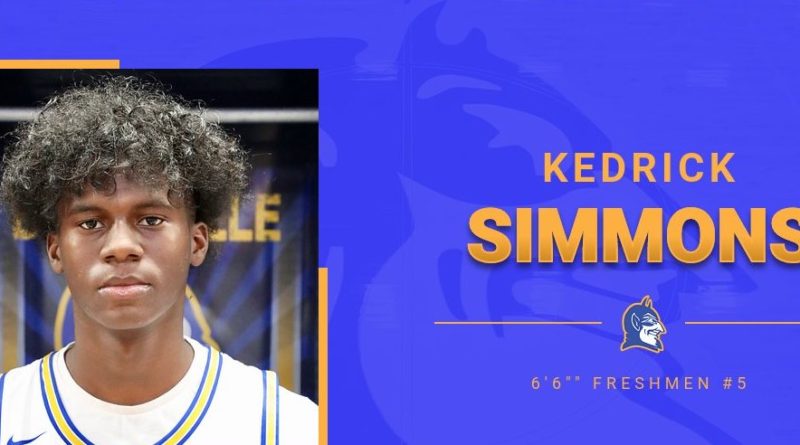 With the 2021-22 Mississippi high school basketball season underway, SBLive is taking a look at the best players in the state, class by class.

It’s not always easy to evaluate the talent of 14 and 15-year-olds, but the players who have made our list of freshman to watch sure do make it easy. Here’s a look at the 10 freshmen we’ve identified as players to watch in the 2021-2022 season.

The 6-foot-4 freshman forward is going to be a star. He dropped 25 points earlier this season in a win over the Pearl 9th grade team, and appears ready to contribute on the high school team this season.

Cunningham is big for a freshman at 6-foot-3 and 175 pounds, and he uses his body exceptionally well. He played varsity basketball last season as an 8th-grader and will be in for an even bigger role as a freshman this year.

It shouldn’t surprise anyone that Davis-Fleming is contributing for Canton as a freshman. There aren’t too many 6-foot-6 15-year-olds walking around out there, and even fewer as athletic as Canton’s rising star. He’s already got scholarship offers from Ole Miss and Jackson State.

Provine’s 6-foot-1 freshman is ready to contribute at the high school level after averaging nearly 20 points a game last year in middle school.

Johnson saw some action for Kemper County as an 8th grader last year, helping the Wildcats to a 15-3 record and the fourth round of the playoffs. He’s ready for an even bigger role this season.

The Braves’ talented 6-foot-6 freshman played varsity ball last year, averaging 4.5 points and 5.1 rebounds in 17 games. He’s going to be a stud before his career is over.

Mallard, a 6-foot guard, is in his first year of action for the Callaway varsity after balling out for the JV last season. He has the potential to be the next great Charger guard.

Rowe’s still playing for the ninth-grade team, but he’s a star. He scored 24 points to go with six assists and four steals in a win over Warren Central earlier this season.

Any doubts about Simmons being ready for varsity should have been put to rest by his 21-point, 11-rebound performances in the Blue Devils’ 54-28 season-opening win over Aberdeen.

Webber had games last season where he was West Point’s leading scorer, when he was just an eighth-grader. He has handles that would be considered elite for an upperclassmen, and can shoot the lights out.