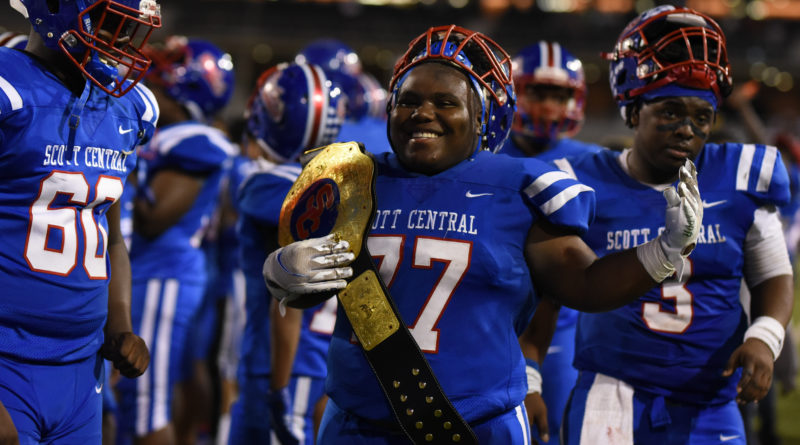 HATTIESBURG — Scott Central put the finishing touches on an absolute masterpiece of a season, beating Leflore County 72-24 in a 2A championship game that tied the MHSAA record for margin of victory (48) and set a new record for total points for one team.

Quarterback Quez Goss was the star — the sophomore completed 17 of his 24 passes for 350 yards and six touchdowns and rushed 22 times for 103 yards and two more scores.