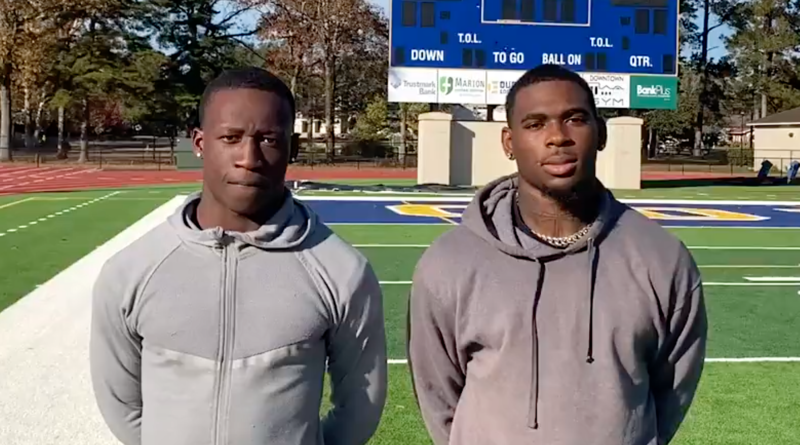 There may end up being a blowout or two in Hattiesburg this weekend at the MHSAA Football State Championships, but it likely won’t come in the Class 4A matchup between Columbia and Senatobia.

It’s been eight years since a team from the South has won the 4A Championship, but Columbia appears poised to give that narrative a run for its money after knocking off three-time defending South State Champion Poplarville last week.

The Wildcats like to run the football with senior Omar Johnson and junior Miguel Cook, a duo that has combined for more than 2,000 yards and 31 touchdowns in 14 games. Quarterback Carter Smith has done more than just manage games as well — he’s completed 68 percent of his 160 pass attempts for 1,462 yards with 16 touchdowns and just four interceptions.

Columbia won’t get mistaken for a bigger team, but they’ll enjoy a size advantage up front offensively Saturday.

“Senatobia has a really good front seven,” Columbia coach Chip Bilderback said. “It’s going to be hard for us to generate big plays on them, but four yards and a cloud of dust may end up being a win for us. We’re just going to have to be okay with that and not get frustrated, and we absolutely have to eliminate negative plays. I told someone yesterday the key to winning this game is going to be converting third downs on offense and getting off the field on third downs on defense.”

The Columbia defense is built around defensive tackle Jaheim Oatis, the gargantuan 6-foot-5, 320-pound defensive tackle who is the most impressive college football prospect in the state. The Alabama-bound senior commands double teams on practically every play, and routinely fights through them. Even if he doesn’t, drawing the extra blocker often opens up opportunities for his teammates up front.

“You just have to try to guess where he’s gonna be lined up,” Senatobia coach Brooks Oakley said. “His presence makes you rethink short-yardage situations, whether it’s 3rd-&-1 or 3rd-&-2, because you can’t count on knocking him off the ball. If you run away from him, he’s athletic enough to hawk your tailback down from behind. We’re a little undersized up front and it’s going to be a huge challenge for us.”

Senatobia will counter with an offense that features three explosive skill position guys who have flown under the radar all season. It starts with tailback Jordan Osborne, who has rushed for almost 1,900 yards with 27 touchdowns behind an offensive line that is undersized but scrappy.

Quarterback Tyreese Hullette is more than capable of hurting teams with his legs or his arm, and slot receiver JaBryston Abram is as dangerous as they come. The duo connected on an 80-yard touchdown pass in the third quarter to spark the Warriors’ comeback in last week’s 34-27 win over Caledonia in the North State Final.

“The slot receiver is an exceptional player,” Bilderback said. “The tailback is very special as well. He seems to run through the first tackle every time. The quarterback extends plays with his feet and keeps his eyes downfield, which makes them extremely hard to defend. You have to get a pass rush, but you can’t break out of your coverage. Everyone in the North I’ve talked to said they are the best team they played all year, and that they find ways to win.”

Defensively, Senatobia might not have the star power of a guy like Oatis, but they swarm to the ball and have avoided giving up big plays and points. They gave up 27 against Caledonia, but it was the defense that got a big fourth-down stop with four minutes left to give the offense a chance to win the game.